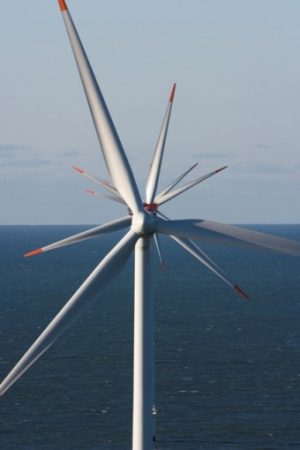 Despite their growing popularity in Europe, Canada currently has no offshore wind projects. PHOTO: Dong Energy

TORONTO—A wind power company is going to court to try to get $28 million it is owed by the federal government over an Ontario offshore wind moratorium.

Windstream Energy had a 300-megawatt project planned for an offshore wind project in eastern Ontario when the provincial government abruptly enacted the moratorium in February 2011.

The company took its complaint to a NAFTA tribunal, which partially ruled in Windstream’s favour, awarding it $25 million in damages for unfair and inequitable treatment as well as $3 million in legal fees.

But because obligations are Canada’s, and not the provinces’, under the North American Free Trade Agreement, Windstream is looking to the federal government for payment—and says it hasn’t yet received any.

The ruling said payment was due within 30 days of the Sept. 30 ruling and under NAFTA rules, Windstream can seek enforcement of the award after three months.

“We’ve spent the better part of the last 120 or 150 days trying to negotiate payment with them and they’ve just not been reasonable or willing to do it, so they’ve failed to comply w the tribunal’s award at this point, and so we have no choice but to bring an enforcement action against them,” said Windstream director David Mars.

Windstream’s U.S. parent company filed an application Tuesday with the Ontario Superior Court asking for enforcement of the $28-million award.

It is also seeking the interest it was awarded—2.7 per cent, compounded annually, from Nov. 1, 2016 until the date of payment.

“This large dollar amount continues to bear interest that ultimately the taxpayers have to pay,” Mars said. “So if Canada were to pay us today, interest ends and taxpayers don’t have to continue to pay additional amounts of money.”

“Canada stands by its international commitments and fully intends to honour the tribunal’s award in the case,” he said in a statement. “Steps are currently being taken to process the payment.”

Ontario Energy Minister Glenn Thibeault’s office said both governments are “currently taking steps with respect to processing payment of the award to Windstream.”

Trillium Power Wind also had an offshore wind project in the works at the time of the moratorium, and that company has sued the Ontario government for $500 million for misfeasance in public office.

The Liberal government is also under criminal investigation stemming from Trillium’s claim. The company alleged in the lawsuit that government officials destroyed documents after the company sued over the government’s cancellation of a Lake Ontario wind project and the provincial police are investigating.

None of Trillium’s allegations have been proven in court.