Environmentalists want a "reduction, recycling and reuse" approach, but the province is moving towards energy recovery by turning waste into a fuel 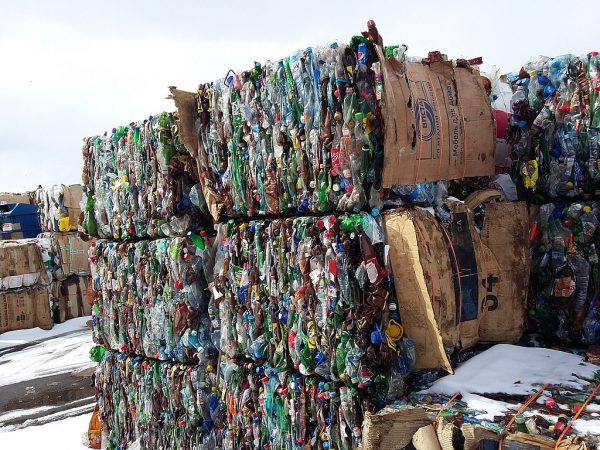 HALIFAX – Nova Scotia is moving to allow plastic, cardboard and newsprint to be used in waste-to-energy plants – a move a Halifax environmental group says is “doubly disappointing.”

Environment Minister Margaret Miller said the changes to solid waste regulations announced Wednesday will give businesses an opportunity to “create something useful from waste destined for landfills.”

“Now the materials that would normally go to landfills, that we know 43 per cent of it is non-approved items … this means that material will be able to go to a waste-energy program,” Miller said in an interview.

The department said Nova Scotians send an average of 404 kilograms of waste per person to landfills each year, while the national average is 688 kilograms. Miller said the overall goal is to deal with the province’s waste stream and she’d like to see that figure get down to 300 kilograms or less.

“It doesn’t take away at all from the province’s recycling program. We still expect Nova Scotians to recycle.”

Mark Butler of the Ecology Action Centre called it a move in the wrong direction.

“In the waste hierarchy, energy recovery or waste-to-energy is just one above landfilling,” he said. “We’d much rather see an emphasis on reduction, recycling and reuse rather then energy recovery – or as some have called this, glorified incineration.”

Butler said he’s not surprised by the move because technology companies have been pushing the province for the change for the last few years.

Nonetheless, he’s “doubly disappointed” because the province is failing to take the lead in two crucial areas both municipalities and businesses want to work together on: the reduction and elimination of single-use plastic such as bags, and extended producer responsibility, where companies that make plastic products are responsible for taking it back and reusing it or recycling it.

While he lauds municipalities such as Halifax, where council recently asked city staff to draft a bylaw that would ban plastic bags from being used by retail stores by the end of 2019, Butler said there needs to be province-wide direction.

“Business, particularly big ones, want a province-wide approach,” Butler said. “They don’t want Halifax doing one thing and Bridgewater doing another. It makes it difficult to do business when you have 20 different single-use plastic bylaws.”

But Miller said the province has no plans “at this time” to institute its own plastic bag ban.

“If they (municipalities) want to move that way, it certainly also will help with waste diversion,” said Miller. “But this (new) program too will actually be a great tool for that as well, and we’ll leave it up to municipalities if they want to continue with their bag bans.”

The Environment Department said the changes to solid waste regulations are about “allowing new solutions” to reduce waste in landfills, and also clarify that the province considers energy recovery as waste diversion.

It says recyclable materials will still be banned from landfills, while waste-to-energy facilities will still need all of the required environmental assessment and industrial approvals.

Andrew Murphy, the department’s executive director of sustainability and applied science, said there would be no burning associated with the thermal facilities.

“Thermal treatment facilities are not about burning waste,” said Murphy. “Rather these are new emerging technologies that turn waste into a fuel could be a liquid fuel or a gaseous fuel that can be then used again in the economy.”

Helm said the project aims to employ technology that is currently being used in France.

He said it involves using plasma gasification probes in oxygen deprived closed vessels. The probes create an electricity bolt that produces high heat that decomposes the waste material into a fuel that is then converted into a gas that can be sent directly into generators.

“So instead of burning it we are decomposing it in high heat,” he said.

Miller said there are no thermal projects actively up and running in the province yet, although Halifax-based Sustane Technologies Inc., did receive environmental approval for its plant in Chester, N.S., last summer.

The company intends to turn tonnes of municipal garbage each year into biomass pellets, diesel and kerosene. It received $2.6 million in federal funding in July 2017 and was awarded $100,000 in startup seed money in February 2016 in a competition run by provincial Crown corporation Innovacorp.