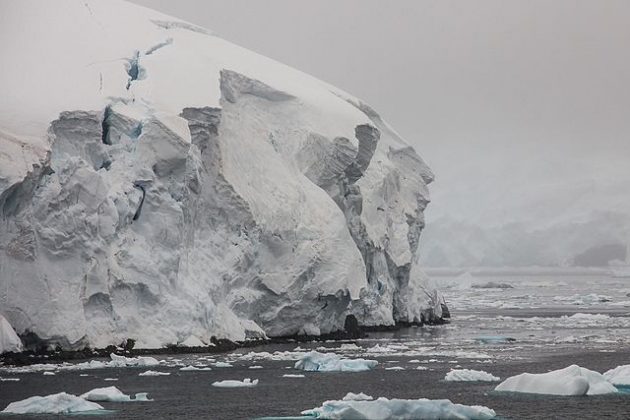 Environmental groups say a new trade deal between the United States, Canada and Mexico continues to coddle a fossil fuel economy that needs to shift in the face of climate change.

“All of that has disappeared and the focus has been on trying to protect and preserve the economic status quo.”

Trudeau, as well as Foreign Affairs Minister Chrystia Freeland and Environment Minister Catherine McKenna, said repeatedly during the early days of the talks that Canada would pursue a “progressive agenda” on trade.

The deal does have a chapter on the environment, but critics such as the Council of Canadians call it weak and unenforceable.

It mentions pollution, marine traffic, endangered animals and ozone, but ignores what many call the world’s largest environmental challenge.

Scott Vaughan, from the Winnipeg-based International Institute for Sustainable Development, called most of the environmental provisions in the agreement “boilerplate.”

“A lot of it is standard text which has been used in environmental chapters in free-trade agreements for the last 20 years,” he said. “That text hasn’t had a significant impact on environmental quality one way or the other.”

What has been thrown out is a provision in the old North American Free Trade Agreement that allowed corporations to sue governments for lost profits if they were injured by public-interest regulations such as environmental laws. The Council of Canadians pointed out that Canada was sued 37 times, mostly by American companies, under the old clause.

“One of the good things is that they’ve eliminated (that clause),” said Stewart.

Companies, however, will still be able to sue Mexico, particularly with regard to energy companies bidding on state contracts.

“That’s a really welcome side of it,” said Vaughan.

But Ben Beachy, of the U.S. Sierra Club, said the proposed agreement will allow U.S. and Canadian companies to continue to exploit weaker environmental rules in Mexico. He also fears new provisions that allow companies to challenge tougher regulations before they’re even enacted.

“It would lock in Trump’s polluting legacy for years because it would make it that much harder to reverse the Trump administration’s environmental rollbacks,” he said.

Beachy also criticized the deal’s weak language. While it recognizes air pollution as a public health threat, it lacks any binding rules to reduce such pollution.

Vaughan noted the deal’s environmental enforcement mechanism has still to be worked out. While the NAFTA-era Commission on Environmental Enforcement will remain, its budget, mandate and agenda are unclear.

Concerned groups agreed the new trade deal does little to improve the likely environmental outcomes of such pacts.

“We actually need to change things,” said Stewart. “This agreement doesn’t help us do that. This is about trying to continue the economic status quo.”

Related Stories
Canada’s aim to get climate change into NAFTA could become stumbling block
Out with NAFTA, in with USMCA: Canada inks new trade deal with U.S., Mexico
Liberals spar with Tories on NAFTA climate change issues, ‘virtue signalling’
Trans Mountain ruling: Victory for environmentalists, but a setback for action on climate change
Manufacturing In Focus