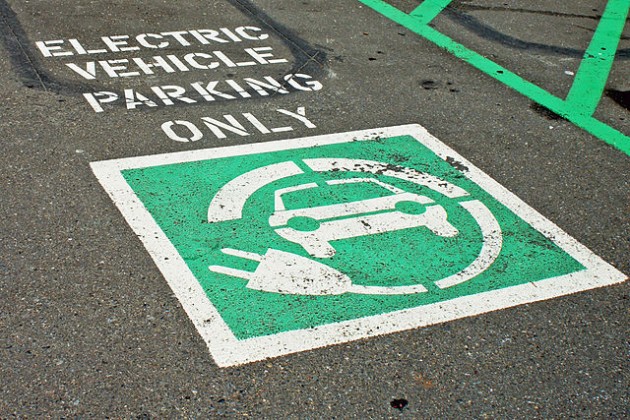 NANAIMO — The Government of Canada announced a $200,000 investment to install four electric vehicle (EV) fast chargers at the Nanaimo Airport to encourage the adoption of zero-emission vehicles (ZEV) by British Columbians as part of the Government of Canada’s commitment to building a clean energy future.

The EV chargers, funded through Natural Resources Canada’s Electric Vehicle and Alternative Fuel Infrastructure Deployment Initiative, are now available for public use and support the government’s goal to have 100% of passenger vehicle sales being ZEV by 2040 by giving Canadians more green options on their roads to get to where they need to go.

“Canadians want greener options to get to where they need to go. We’re giving it to them,” Seamus O’Regan Jr., minister of Natural Resources, said in a prepared statement. “This is how we get to net zero by 2050.”

The Government of British Columbia, through the CleanBC Go Electric Program, and the Nanaimo Airport also each contributed $100,000 to this initiative, bringing the total project cost to $400,000.

The Government of Canada has provided over $600 million to help make EVs more affordable and infrastructure more readily available. This includes support for the establishment of a coast-to-coast network of fast chargers, as well as charging in more localized areas, such as retail stores, apartment buildings, on-street and workplaces. This investment also includes establishing natural gas refuelling stations along key freight corridors and hydrogen stations in metropolitan centres.

Funding will also support the demonstration of charging technologies as well as the development of enabling codes and standards. To make these vehicles more affordable, the Government is providing incentives of up to $5,000 for Canadian consumers to buy EVs and full tax write-offs for businesses purchasing them.

These investments will be complemented by commitments included in the recent Fall Economic Statement and Canada’s strengthened climate plan, A Healthy Environment and a Healthy Economy, which proposes to further accelerate zero-emission vehicle uptake by providing an additional $150 million, starting in 2021–22, for ZEV infrastructure and an additional $287 million in funding for vehicle purchase incentives that will make ZEVs more affordable for Canadians.