Despite the impacts of climate change and the COVID-19 pandemic, 2020 will be a good year for honey production 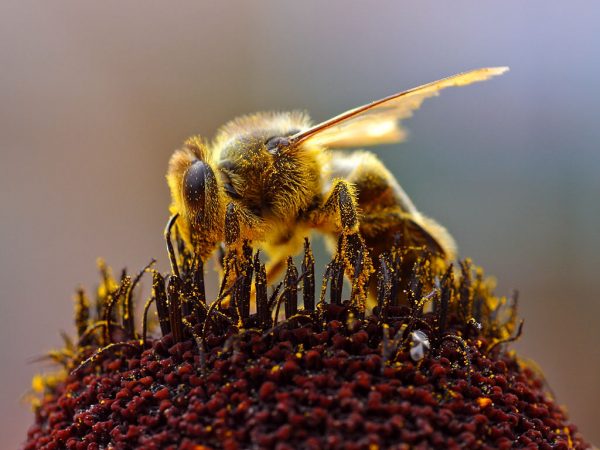 FREDERICTON — Beekeepers in New Brunswick said 2020 is shaping up to be a sweet year for honey production, despite the impacts of climate change and the COVID-19 pandemic.

Ryan Golden, vice-president of the New Brunswick Beekeepers Association, said the province lost a lot of bees during the last few years — a phenomenon he said is tied to climate change.

But this year’s bee population is more stable, he said in an interview July 27, adding New Brunswick’s hives are heavy with honey.

“Considering how dry our summer has been, my hives are bringing in tons of honey,” said Golden in a prepared statement. “Mid-summer flowers are coming on now, and if it stays on course, it should be a decent honey year.”

But despite this season’s flowing honey, losses over the last few winters have been heavier than usual, he said. “From a beekeeper’s standpoint, two or three years in a row — that’s pretty devastating to try to make a living.”

Golden said bees can usually survive a typical New Brunswick winter. “But with climate change, our winters have been extremely mild, or even worse, mild one day and cold the next.” He said when temperatures remain cold, the bees cluster together to conserve and generate heat. But if it warms up, many bees leave the cluster.

“If it gets suddenly cold that night, you end up losing a large portion of the colony,” Golden said. “If there’s too much death during the winter, the colony is too weak in the spring.”

Michel Melanson, a crop development specialist with the province, said during a good year, about 90% of hives survive the winter, but for the last few years, many beekeepers only saw a survival rate of 70 to 75%. While exact numbers aren’t known, Melanson said the survival rate last winter was much better.

Golden said there are currently about 13,000 colonies of honey bees in New Brunswick — but that’s fewer than half the number needed just for the pollination of blueberry crops in the province. The rest of the insects have to be brought in temporarily from other provinces such as Ontario.

Golden said many beekeepers split their colonies in the spring and require new queen bees for each new colony. But last spring, getting new queen bees from places such as California and Hawaii was almost impossible because the pandemic had slowed postal services, he said.

“If you’re going to send insects or live animals through the mail,” he explained, “it can’t be sitting there taking two weeks to get from point A to point B. They need to be sent within two-to-three days.”

Golden said the bees are also used to pollinate cranberries, apples and other crops. Honey, he added, is really a bonus.