Saskatchewan Premier Brad Wall likened a new carbon tax white paper to a "ransom note," but Ottawa says the Constitution gives it the jurisdiction to force a carbon price on provinces 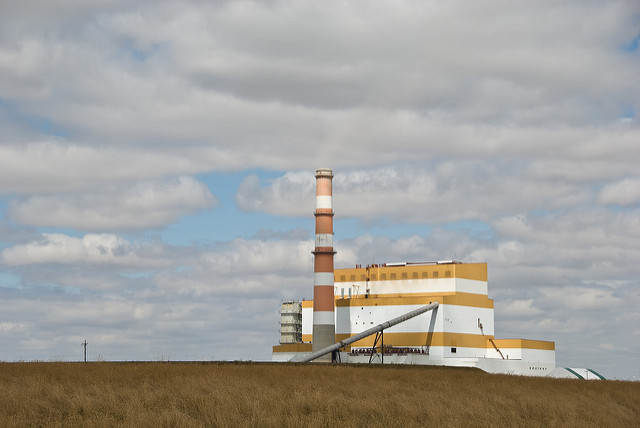 OTTAWA—The Canadian government is completely within its rights to impose a carbon tax on any province because protecting the environment falls under federal jurisdiction, Environment Minister Catherine McKenna said May 18.

“Let me be very clear,” McKenna said in the foyer outside the House of Commons. “It is well within the federal government’s right to take action to protect the environment.”

McKenna’s comments seemed to be aimed directly at Saskatchewan Premier Brad Wall, the only premier holding out against any form of carbon pricing, which he says will hurt his province’s recovering economy.

Wall reiterated Thursday his plan to take Ottawa to court to keep it from imposing a carbon tax next year.

“This federal government white paper is frankly more like a ransom note,” he said in Regina.

McKenna released a discussion paper Thursday on the details of a federal carbon price plan which will be imposed on any province that doesn’t have at least a $10 a tonne price on carbon as early as next spring. The exact date will depend on when the legislation, expected this fall, passes.

The federal plan mimics the Alberta carbon program, with a direct tax on heating and transportation fuels and a separate levy on large emitters who don’t cut their emissions by a targeted amount.

Provinces that have their own system can choose how the revenues are spent. B.C. returns them to people through income tax cuts. Alberta divides its take between direct rebates to individuals, small business tax cuts and investments in green energy and clean technology.

Ottawa will decide how the revenues collected by the federal tax are rebated, although McKenna stressed “every penny” will go back to the province where it came from. She is looking at rebates to individuals and businesses which would bypass provincial governments completely.

Wall acknowledged his government has thought about whether revenues from a carbon tax could be used to cut other taxes in Saskatchewan, such as the provincial sales tax which his government just hiked by one point this year. But he said the Saskatchewan economy can’t afford a carbon tax and he won’t agree to do it, even if that means Ottawa could control the revenues.

“We’d rather not have a carbon tax, so we’ll take our chances in court,” said Wall.

Alberta, British Columbia, Ontario and Quebec already have plans which McKenna’s office deems sufficient to meet Ottawa’s requirements up to 2020. At that point, they all have to raise their carbon tax or cut the caps on emissions in cap-and-trade programs, to keep up.

All other provinces but Saskatchewan have indicated they are preparing to introduce a carbon price, although some have indicated it may be better to let Ottawa bear any political fall-out from a tax.

The technical paper says every $10 levy per tonne of emissions will add 2.33 cents to a litre of gas and 1.96 cents to each cubic metre of natural gas. By 2022, that would mean a 50-litre tank of gas would cost about $5.82 more. The natural gas heating bill for the average single, detached home would rise by about $264 a year.

The goal of a carbon levy is to persuade people to save money by reducing the use of fossil fuels. That could mean using public transit instead of driving, buying a more fuel-efficient car or improving home efficiency with new windows or a better furnace.

Ian Bruce, director of science and policy at the David Suzuki Foundation, said there are multiple studies which showed after British Columbia introduced a carbon tax in 2008, people’s fuel consumption fell.

B.C.’s emissions did fall in the first few years after the carbon tax was introduced, however they have crept back up in recent years, a fact many experts blame on the fact the carbon tax hasn’t risen since 2012.

Wall however pointed to B.C.’s rising emissions as proof carbon taxes don’t work to cut emissions. He said Saskatchewan isn’t against doing its part to help fight climate change, but thinks plans such as eliminating coal-fired electricity plants and investing in clean technology are the answer, not new taxes.