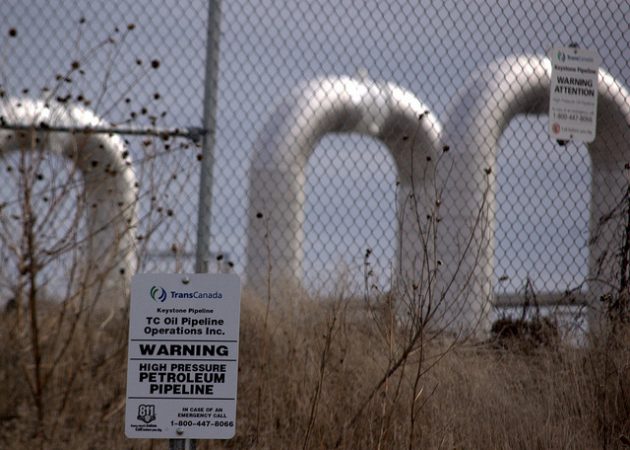 ANNAPOLIS, Md. – A board of high-ranking Maryland officials on Wednesday rejected a proposed pipeline across the western part of the state that would carry natural gas produced in Pennsylvania to West Virginia.

The Board of Public Works voted 3-0 against an easement for TransCanada’s pipeline. It would run under the Potomac River near Hancock, Maryland, and extend about 3 miles (4.8 kilometres) from Columbia Gas’ network in Pennsylvania to Mountaineer Gas’ distribution system in West Virginia.

Environmentalists and residents have been vocal in opposing the pipeline.

“Marylanders and many of their leaders have consistently opposed the threats fracked gas pipelines pose to our health, water, climate, and communities,” said Josh Tulkin, Sierra Club Maryland chapter director.

Scott Castleman, a spokesman for TransCanada, said the company will consider its options over the coming days to keep the project on track.

“For nearly two years, our project has been studied and scrutinized by groups including the Federal Energy Regulatory Commission, the Maryland Department of the Environment and the Maryland Department of Natural Resources,” Castleman said. “This extensive process has confirmed that through proper design and construction our project can be completed in an environmentally responsible and safe manner.”

The board’s vote came after more than 60 lawmakers sent a letter urging board members to reject the proposal. The lawmakers noted that Maryland approved a law, which Hogan signed in 2017, to ban the hydraulic fracturing drilling process known as fracking in Maryland. The process is used to extract natural gas. Maryland was the first state where a legislature voted to bar the practice that actually has natural gas reserves.

“Given that Maryland has banned fracking, it defies our state’s existing energy policy to bring the same public health risks to our residents by way of a pipeline,” the letter said. “Moreover, enabling fossil fuel production runs counter to our state’s goals of increasing renewable energy production.”

The letter, which was sent this week, also noted that the pipeline would affect at least 10 wetlands and 19 streams, in addition to the Potomac River.

While the board delayed a vote on the easement at its last meeting, Hogan said the unanimous vote would have happened without the letter from lawmakers.

“It had nothing to do with any letter from the legislature,” Hogan said at Wednesday’s board meeting.

Anne Havemann, an attorney for Chesapeake Climate Action Network, said she hopes the board’s vote marks an end to the proposal.

“We’ll see if (the Federal Energy Regulatory Commission) gets involved or the courts get involved, but for now it’s a welcome delay and we hope a permanent end to this pipeline,” Havemann said shortly after the vote.

This story has been corrected to say the pipeline would be near Hancock, Maryland, instead of Hanover.