Lowe's says achieving this target will allow the organization to reduce its GHG emissions by 41,000 metric tons of CO2 equivalents 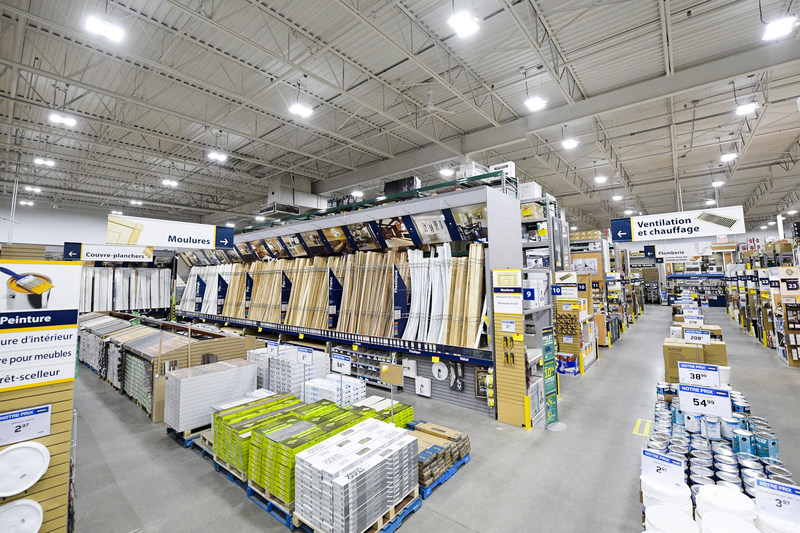 BOUCHERVILLE, Que. — Home improvement retailer Lowe’s Canada has announced the adoption of a target to reduce its greenhouse gas (GHG) emissions to 40% below its 2016 levels by 2030.

Lowe’s says achieving this target will allow the organization to reduce its GHG emissions by 41,000 metric tons of CO2 equivalents, which can be compared to removing over 12,500 vehicles from circulation.

To achieve its goal, the retailer says it is focusing first on the completion of a series of energy-efficiency initiatives that represent a total investment of over $24 million in its distribution centres and corporate stores across the country.

“As a responsible retailer, we have taken various concrete actions in recent years to reduce the environmental footprint of our Canadian operations. Our GHG target is ambitious, but we are determined to do what it takes to achieve it,” said Jean-Sébastien Lamoureux, senior vice-president, Public Affairs, Asset Protection and Sustainable Development at Lowe’s Canada, in a prepared statement.

During the coming weeks, Lowe’s Canada says it will finish installing building management systems in several of its stores across Canada, a project that began in 2018.

By the end of 2020, 230 Lowe’s, RONA and Reno-Depot corporate stores will be equipped with an indoor and outdoor lighting automation system to optimize energy consumption, as well as automate and remotely control stores’ heating and cooling so that energy is only used during business hours, according to the company. The lighting systems in 162 corporate stores from the Lowe’s Canada network will also have been replaced by LED systems by the end of 2020.

In 2022, it is estimated that these two initiatives will have allowed the organization to reduce its GHG emissions by approximately 8.6%, relative to 2016.

“After our store network, we will focus on energy efficiency at two of our distribution centres. We will start with the one in Boucherville, which is adjacent to our head office, where we will replace the dock seals around 40 doors to improve insulation. As in our stores, we will also replace the lighting system and install a new building management system,” added Jean-Sébastien Lamoureux.

The work at the Boucherville distribution centre, which represents an investment of over $500,000, has begun during the first week of March.