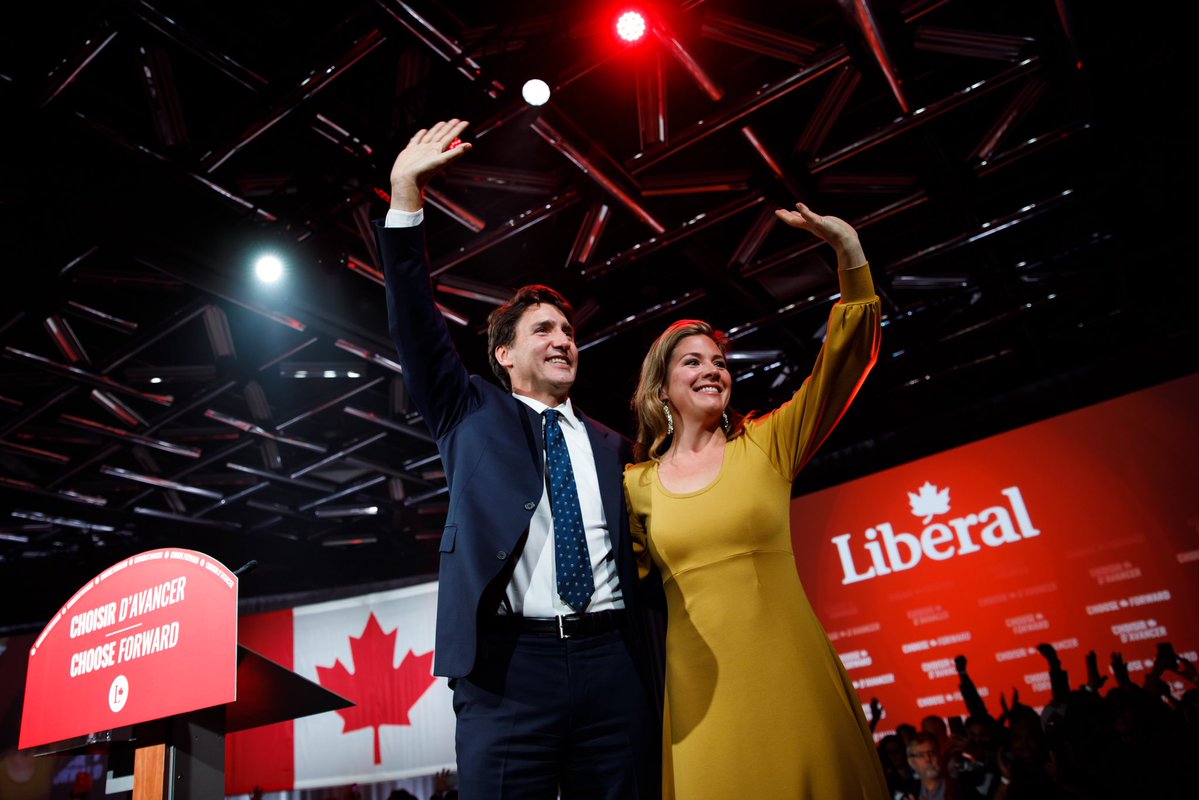 OTTAWA—Prime Minister Justin Trudeau heads into 2020 promising to chart a path to Canada’s most ambitious greenhouse-gas emissions target yet: getting to a point within 30 years where Canada is adding no emissions that will stay in the atmosphere.

But one of the first things his government has to decide in the new year is whether to give cabinet approval to a major new oilsands project that environment advocates say is absolutely incompatible with reaching the “net-zero” target.

Environment groups say the decision will send a signal about how serious Trudeau is about ramping up Canada’s plans to cut emissions and do its part to slow global warming.

If his government rejects the project, Alberta Premier Jason Kenney has warned, that will send a signal that Canada’s oil-and-gas sector has no future.

In an interview with The Canadian Press, Trudeau said he has “been unabashed that we have to get ahead of the fight against climate change and be really thoughtful about how we are moving forward.”

Moments earlier, in the same interview, he acknowledged he is not ruling out approving the Teck Frontier mine north of Fort McMurray, Alta.

“We have a process that is ongoing and I am not going to speculate on those outcomes,” he said.

A joint federal-provincial review panel gave conditional approval to the $20.6-billion Frontier mine in July, finding it was in the national interest. It’s expected to create $12 billion in tax revenues for Ottawa and $55 billion in tax and royalty revenues for Alberta over its 41-year life. About 7,000 jobs will be created in building the mine and 2,500 workers will be needed to operate it.

The panel also found the mine would cause “significant adverse environmental effects” to local wetlands and old-growth forests, and have some irreversible impacts on biodiversity.

It will, the panel noted, be a significant producer of greenhouse gases and likely make it harder for Canada to meet both its 2030 targets under the Paris climate-change agreement and its loftier 2050 goals. That fact was irrelevant to the panel’s decision because the review was done under now-obsolete rules, under which climate change was not within the purview of the review panel.

Environment Minister Jonathan Wilkinson said during a visit to Calgary the week before Christmas that the Frontier mine’s approval will be contingent on determining how it fits into the “net zero by 2050” goal. Net zero, a phrase Canadians will be hearing a lot in 2020, means that whatever carbon dioxide or related substances are sent into the atmosphere can be absorbed by natural “sinks” like forests and wetlands, or engineered ones that capture carbon either to be used another way or stored.

The Frontier mine would be expected to produce 260,000 barrels of oil a day, and produce about four million tonnes of greenhouse gas emissions every year, for more than 40 years. Every time Canada adds more emissions to the mix, it pushes the goals further and further out of reach.

Catherine Abreu, executive director of the Climate Action Network Canada, said the mine review is “the first test” of the Liberals’ insistence that climate is at the heart of their policy-making.

“If they are serious about net-zero by 2050 they cannot in good faith approve the largest oilsands mine proposed in Canadian history, that is scheduled to operate until 2067,” Abreu said. “A project of that scale, of emissions of that concentration, just blows all of those targets and all of those good intentions out of the water.”

Wilkinson said there is no question, based on the results of the federal election in October, that Canadians want more ambitious action to slow climate change.

But he said it is also clear “the vast majority of Canadians also are pragmatic” and want climate action to come with a prosperous economy. For him, clean technology is the way out of the quagmire.

“In the short term it is about (getting) resources to market,” he said. “In the long term it will evolve towards clean technology, technology that will enable us to reduce the footprint we have and do so in a manner that will create economic opportunity.”

Wilkinson’s 2020 to-do list, he said, starts with figuring out how to close the 77-million-tonne gap between the policies Canada has in place and the existing 2030 climate target to reduce emissions to 30% below where they were in 2005.

That figure, updated just a week ago, comes from projections of Canada’s emissions based on existing policies and those that are fairly firmly set to be implemented in the coming years, such as standards to make gasoline burn with fewer emissions and to curb methane released from oil and gas production, and plans to plant two billion new trees.

When new policies like the carbon tax offset by increases in emissions from the oil and gas sector, and revisions to how much carbon dioxide trees are expected to absorb, the progress towards Canada’s 2030 goal in the last year was just two million tonnes.

But the government is now not just promising to hit the Paris targets. Trudeau promised during the election to exceed them, and get to net zero by 2050. Canada is also supposed to take a more ambitious plan to cut emissions to the next United Nations climate meeting, planned for Scotland in November.

Wilkinson warns that despite the pressure to act quickly, the needed changes are not going to get done overnight.

“What we’re talking about is changing the way we transport goods and people,” he said. “We’re talking about (changing) the way we generate energy, how we deal with waste, how we actually build our buildings, how we retrofit existing buildings. All of those are doable but people have to be realistic about how long that takes.”

Canadians can expect legislation in 2020 to set five-year goals on the way to both 2030 and 2050 emissions targets. Tim Gray, the executive director of Environmental Defence, said the details of that legislation are critical, including how it will be enforced. He is hopeful that the government will create an independent agency to file progress reports.

Abreu said she wants some very specific goals within those five-year increments, such as how many people will be using public transit by a certain year.

Besides the Teck mine decision, Ottawa has another call to make early in the new year—whether to allow British Columbia, Saskatchewan and Alberta to use their own proposed regulations to cut methane emissions, or be forced to use Ottawa’s version.

Alberta’s Premier Kenney put approving his province’s methane regulations on his list of demands from Trudeau when he visited Ottawa earlier in December. The first stage of the new federal regulations go into effect Jan. 1. Ottawa is allowing Alberta to use its own for now but is still negotiating a final agreement because federal officials don’t think Alberta’s version will reduce as much methane as Ottawa’s would. Alberta officials disagree.

Albertans are already set to start paying the federal carbon tax on Jan. 1, although Ottawa did recently give Alberta the green light to use its own pricing system for pollution coming from big industry like oilsands, power plants and mines.

Also coming up in 2020 is a review of carbon taxes for their impact on competitiveness, which could shine some light on whether the federal carbon tax is harming the economy.

The national carbon price on fuel purchases will rise to $30 a tonne on April 1, adding about another 2.5 cents to the cost of a litre of gas.