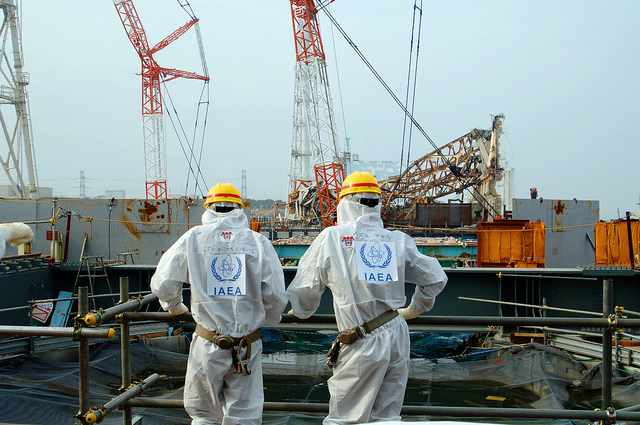 The plant was gravely damaged in 2011 after being stuck by powerful tsunami. PHOTO: Greg Webb/IAEA

TOKYO—The Tokyo Electric Power Co. has issued a call for partners to help it decontaminate and decommission the Fukushima Daiichi Nuclear Power Station.

The nuclear power plant was seriously damaged in 2011 by a tsunami triggered by a powerful offshore earthquake. The subsequent reactor meltdowns led to the release of radioactive material, which remains at high levels inside the plant six years after the accident.

The call for international collaboration follows two robotic failures inside Fukushima’s Unit 2 reactor last month. One cleaning robot was pulled out of the plant prematurely due to higher-than-expected radiation, while another had to be abandoned inside after its crawling function failed.

Earlier this month, Naohiro Masuda, the head of decommissioning at the plant said engineers will need to think ‘out of the box’ to develop robots capable of surveilling the plant.

TEPCO said it is particularly interested in consultants with on-site recycling methods that could reduce the amount of radioactive waste being generated—though it noted there are many other areas of expertise it’s interested in as well.

More details about the collaboration program are available here.