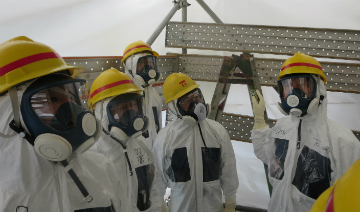 TOKYO—Japan’s bill for dismantling the Fukushima nuclear plant is ballooning beyond the utility’s estimate of 2 trillion yen ($19 billion).

The plant suffered multiple reactor meltdowns due to damage from the March 2011 earthquake and tsunami.

The ministry overseeing nuclear power said the decommissioning costs will continue at several hundreds of billions of yen (billions of dollars) a year.

Japan has been struggling to clean up parts of the no-go zone to put the worst nuclear catastrophe since Chornobyl behind it.