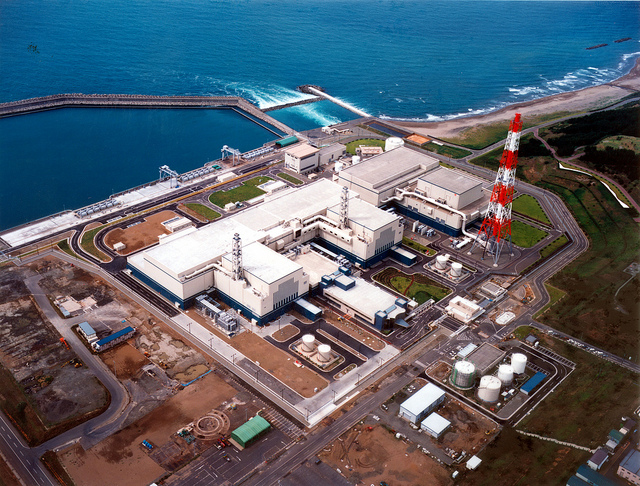 The company has been given the go-ahead to begin restarting two reactors at the Kashiwazaki-Kariwa nuclear plant. PHOTO: TEPCO

TOKYO—The Japanese utility blamed for safety lapses in the Fukushima nuclear plant meltdowns has received its first approvals to operate reactors under stricter safety standards set since the 2011 disaster.

The Nuclear Regulation Authority said Oct. 4 that two reactors in northern Japan met the new standards after sufficient measures were taken by Tokyo Electric Power Co. The authority unanimously approved a draft certificate for the Nos. 6 and 7 reactors at the Kashiwazaki-Kariwa plant, a first step toward restarting them.

The approval becomes official after opinions are received from the public, regulators and the trade and industry minister. Then the reactors’ startup could take months.

But Wednesday’s decision is a milestone for TEPCO, which has desperately sought to restart Kashiwazaki as a crucial step to improve its business plan. The company must cover huge costs needed to decommission the wrecked Fukushima plant, a decades-long process, and to cover compensation payments for hundreds of thousands of residents who fled their homes due to concerns about radiation leaks from the plant.

TEPCO said in a statement Wednesday that it takes the regulatory authority’s decision seriously and will continue working on safety improvement at its plants, while tackling the Fukushima plant’s decommissioning and compensation for the evacuees.

The authority’s decision is also good news for Prime Minister Shinzo Abe’s pro-business government, which wants to restart as many reactors as possible to keep nuclear energy a key element of Japan’s energy mix. Restarts so far have come slowly in Japan, where anti-nuclear sentiment has run high since the Fukushima disaster.

Abe’s government aims to increase nuclear energy to 20 per cent of Japan’s energy mix by about 2030.

Parts of the Kashiwazaki-Kariwa plant’s other reactors suffered some damage in the 2007 major earthquake.