Ikea has made its second investment in Alberta wind power since 2013, purchasing a wind farm that generates more energy than the company's operations consume in Canada 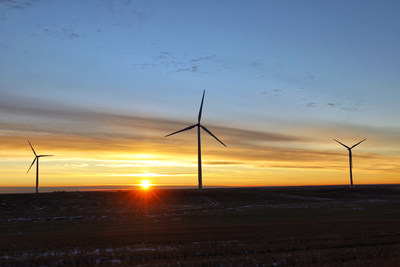 The property was owned by Teck Resources Ltd., a mining and mineral development company headquartered in Vancouver, and TA Wintering Hills, a subsidiary of TransAlta Corporation. Both companies sold their share in the wind farm to Ikea for a combined $119.6 million.

The completion of the transaction is expected in two to three weeks pending customary closing conditions.

Consisting of 55 turbines, the Wintering Hills wind farm will generate 275 million kilowatt hours of energy, the equivalent of the electricity consumption of nearly 26,000 Canadian households.

“We are committed to having a positive impact on people and the planet,” said Brendan Seale, sustainability manager, Ikea Canada. “This investment in renewable energy supports our business and moves us closer to our global ambition to produce more renewable energy than we consume by 2020.”

This is Ikea Canada’s second such investment in renewable energy in Alberta, following the purchase of a 46 MW wind farm in Pincher Creek in 2013.