Humans are causing climate change, but those who disagree welcome in UCP: Kenney

"There's a spectrum of views about this. This is not a party with some kind of rigid, ideological orthodoxy that everybody has to sign up to," the Alberta conservative said 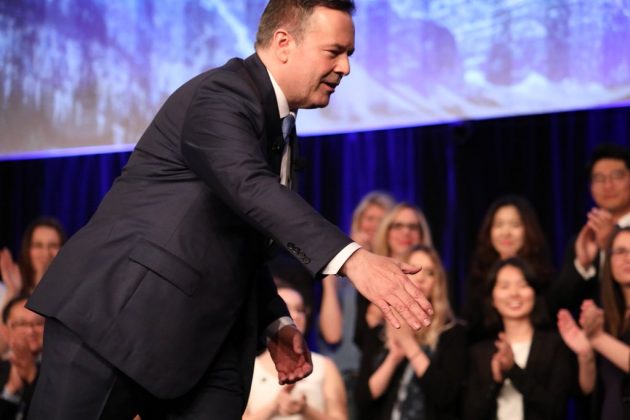 CALGARY—The leader of Alberta’s United Conservatives says he believes humans are causing climate change and action is needed to tackle it, but those who disagree still have a place in the party.

“There’s a spectrum of views about this. This is not a party with some kind of rigid, ideological orthodoxy that everybody has to sign up to,” he said in Calgary on Thursday after laying out his plan to fight for the energy sector.

Kenney said his party would present a “common sense” plan to control carbon emissions later in the election campaign.

He has said his first order of business, if elected premier April 16, will be to scrap the NDP’s carbon tax. The governing party misled voters by making no mention of it in its 2015 platform, he added.

Speaking at a senior’s centre in Lethbridge, NDP Leader Rachel Notley lashed back at that contention. She said her party signalled all along that serious climate action was in the offing and the broad-based tax was one of an expert panel’s recommendations months later.

“This plan that we came up with was the right balance,” she said.

Kenney, meanwhile, accused Notley of selling Alberta out to Prime Minister Justin Trudeau by imposing a carbon tax, but getting no coastal pipelines in exchange.

Kenney said he would sue Ottawa if its overhaul to environmental reviews becomes law, block energy shipments to provinces that stand in the way of development and team up with other oil and gas-friendly provincial governments.

A UCP government would also call a referendum on equalization if what he dubs the “no more pipelines” law hasn’t been mothballed, and if there is still no progress on pipelines.

The matter would be put to voters on Oct. 18, 2021,—the same date as the next municipal elections in Alberta, he said.

The federal equalization program is meant to even out fiscal disparities between so called “have” and “have-not” provinces. Despite its economic doldrums, Alberta remains a “have” province.

Kenney said Albertans pride themselves of being able to share their wealth.

“What we can no longer tolerate is governments and politicians in other parts of the country benefiting from Albertans’ hard work and our resources while doing everything they can to block those resources.”

Notley said earlier in the day that her government has fought from Day 1 to get pipelines like the Trans Mountain expansion and that the Trudeau government bought the project, saving it from likely death, at her urging.

Also Thursday, the NDP released a 10-minute video showing decades-old footage of Kenney boasting about a campaign to overturn a law extending hospital visitation rights to gay couples during the 1980s AIDS epidemic in San Francisco. The video also showed recent interviews with people touched by the crisis reacting to Kenney.

When asked if he had a message for LGBTQ Albertans today, Kenney told reporters that under a UCP government everyone will be accepted.

“It’s true that back when these were matters of political contention, that I supported the traditional definition of marriage, as did virtually every political party and political leader in every country in the democratic West,” he said.

“It’s also true that … the consensus on that question has changed dramatically and I accept that.”