The research shows flooding at Muskrat Falls will boost the neurotoxin methylmercury in wild food sources and that pregnant women, nursing mothers and young children are most at risk 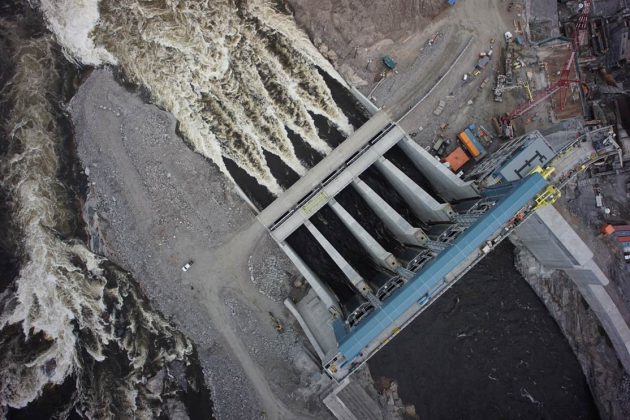 ST. JOHN’S, N.L.—The Muskrat Falls project will cause a spike in toxic methylmercury in wild food sources that are crucial to Labrador communities, says a new Harvard University study of hydro dam effects on indigenous people.

“Methylmercury concentrations in locally caught fish, birds and seals—which nearby Inuit populations use as a source of food—likely will increase up to 10-fold” in the dammed lower Churchill River, it says of Muskrat Falls.

“After flooding, expected mean methylmercury concentrations in lake trout, seal, tern eggs, brook trout and char liver are all projected to be at or above the Canadian retail limit for methylmercury.”

Average exposure to the neurotoxin for local Inuit “is forecasted to double following flooding, and over half of the women of childbearing age and young children in the most northern community (Rigolet) are projected to exceed the U.S. Environmental Protection Agency’s” guidelines, says the study.

The peer-reviewed paper was published Wednesday in the journal “Environmental Science & Technology.”

Methylmercury, formed when mercury blends with bacteria as vegetation rots under water, is a neurotoxin linked to cardiovascular and immune problems and hyperactivity in children. Health risks depend on who eats tainted foods, and how often. When pregnant women, nursing mothers and young children eat too much contaminated seafood, there’s an increased risk of nervous system problems in the developing child.

“The evidence suggests that removal of organic carbon—especially soil organic carbon from the flooded area—will reduce the extent to which methylmercury is produced after flooding,” he said in an interview.

The study forecasts equal or greater methylmercury concentrations for 11 other planned or proceeding hydroelectric projects across Canada. That’s because indigenous populations in those regions typically consume even more country foods, it says.

All the developments assessed are within 100 kilometres of aboriginal communities. They include the Romaine Complex under construction in Quebec and the proposed Gull Island dam and power house in Labrador.

“We have to respect that local foods are a cornerstone of indigenous health,” Calder said.

“It should be a priority in the development of these projects to preserve that.”

About 2,000 Inuit and other settlers living downstream from Muskrat Falls on traditional hunting grounds near Lake Melville have for years raised alarms about potential contamination.

Hair samples were also collected in the spring and fall of 2014 from 571 Inuit residents living downstream from Muskrat Falls to assess current methylmercury exposure.

“A lot of people are already pushing the regulatory reference doses,” Calder said.

About 40 protesters occupied the Muskrat Falls work site last month for four days to push for fuller clearing of vegetation and soil from the reservoir area. They left after the province agreed to consider further measures. A new advisory committee of government and indigenous leaders will also look at ways to reduce potential contamination.

During media interviews in response to the work site occupation, Marshall cast doubt on whether more soil removal would help. He also said he wasn’t aware of a single documented case of harm caused by methylmercury from reservoir flooding.

“I think the case of the Quebec Cree is very informative,” Calder said of raised mercury levels measured in reservoir fish in the 1980s after flooding for the massive James Bay hydroelectric project.

“I think it’s important to remember that this happened at a time before we were really aware of the impacts, and there wasn’t systematic monitoring.

“Hydroelectric power has enormous promise. I think using potential human health impacts as a screening tool before the shovel hits the ground is a more intelligent way to develop these resources.”

Muskrat Falls, however, is well under construction at a cost of $11.4 billion with financing, up almost $4 billion since 2012. First power is expected in three to four years, about two years behind schedule.

Nalcor engineers say methylmercury levels in reservoir fish will likely rise between 2.3 and 4.8 times before falling back to baseline levels over 15 years.

Officials have said advisories on consumption limits can be expected, as has been common with other hydroelectric projects.

The Harvard study was mainly funded by the independent National Science Foundation based in North Arlington, Va., with support from the Nunatsiavut government representing Inuit in the Lake Melville region.

Darryl Shiwak, Nunatsiavut’s minister of lands and natural resources, said indigenous health and culture have been sacrificed too long for broader hydro benefits. He believes that can change if the province takes action based on science and rebuilds trust with those affected by Muskrat Falls.

Shiwak hunts and fishes around Rigolet as his ancestors did. Far more than healthy food is at stake, he said in an interview.

“It goes a long way to ensuring our way of life is passed on from generation to generation.”