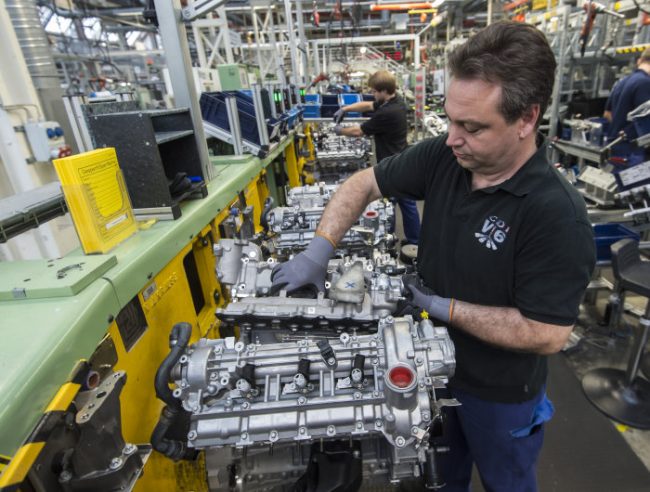 Germany is home to auto powerhouses Volkswagen, Daimler and BMW, which have made big bets on the staying power of gas and diesel engines. PHOTO: Daimler

BERLIN—Germany’s transport minister said July 27 that it’s too soon to talk about burying the combustion engine, underlining his government’s reluctance to follow Britain and others in banning the sale of new cars and vans using diesel and gasoline from 2040.

Alexander Dobrindt said that “electromobility will be the future” but argued it’s not yet clear what form it will take and when that will be.

“I don’t think it makes much sense to talk today about being able to bury the combustion engine,” he added. “We still have a technological decision ahead of us.”

Germany is home to auto powerhouses including Volkswagen, Daimler and BMW. The industry is currently looking for a way out of persistent troubles over excessive diesel emissions, and the government is hosting a meeting with auto bosses next week to discuss ways to reduce them.

It is also facing fallout from a report last week that Germany’s biggest car makers colluded for years over diesel technology and other issues.

Environment Minister Barbara Hendricks, visiting Volkswagen’s Wolfsburg headquarters on Thursday, said that “the auto industry and politicians must now have an interest in restoring the image that the German auto industry had in the past—creating technically excellent and fascinating products.”

Engineers at various companies “must once again compete for the best solutions; namely, solutions for emissions-free transport,” she added.

Hendricks also acknowledged that there has often been too little distance in the past between politicians and the auto industry, leading to the latter feeling “too secure.”

Volkswagen CEO Matthias Mueller said he hopes that a diesel meeting next week in Berlin will help “make the discussion about the combustion engine more objective.”

Within the auto industry, the future of the internal combustion engine remains a subject of considerable debate.

Earlier this year, a KPMG study found a strong majority of auto insiders do not think the gas engine is headed for the dust heap anytime soon. Despite the promise of electric vehicles, 76 per cent of automotive executives think gas engines will remain the more important technology for a “very long time.”

For diesel, however, the future looks somewhat grimmer. The professional services firm’s study showed that more than half consider diesel for small vehicles to be on its last legs.

Meanwhile, the German minister’s comments about what form of electric vehicle will eventually win out are also in line with the auto industry itself. While battery electrics have established a considerable lead, most insiders are confident that hydrogen fuel cells will eventually emerge as the true breakthrough technology.