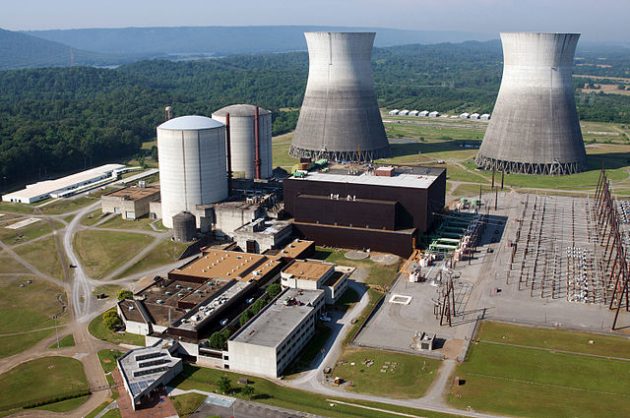 The former officials, who served under presidents from both parties, call the plan “a significant step backward.”

The plan by Energy Secretary Rick Perry would reward nuclear and coal-fired power plants for adding reliability to the nation’s power grid. Perry says the plan is needed to help prevent widespread outages such as those caused by Hurricanes Harvey, Irma and Maria.

The plan aims to reverse a steady tide of retirements of coal and nuclear plants, which have lost market share as natural gas and renewable energy flourish. President Donald Trump has vowed to revive the struggling coal industry and expressed strong support for nuclear power, while casting a skeptical eye toward renewable energy such as wind and solar power.

The Federal Energy Regulatory Commission is considering the plan and could decide by mid-December.

A letter signed by eight former energy commission members said “subsidizing resources” such as coal and nuclear plants “so they do not retire would fundamentally distort markets … and inevitably raise prices to customers.”

The plan could backfire as investors lose confidence in energy markets, the former officials said. “This loss of faith in markets would thereby undermine reliability,” they wrote.

The letter was signed by officials who served under every president since Ronald Reagan, including former FERC chairs Elizabeth Moler, James Hoecker, Pat Wood III, Joseph Kelliher and Jon Wellinghoff. Moler, Hoecker and Wellinghoff are Democrats, while Wood and Kelliher are Republicans.

The American Public Power Association also urged FERC to reject the plan, saying in a statement Monday it would “impose significant costs on customers without any justification.”

Energy markets “need significant reform, but the DOE proposal would take us in the wrong direction,” said Sue Kelly, president and CEO of the power group, which represents community-owned utilities.

The Utility Workers Union of America, meanwhile, supported the plan, noting that nearly 8,000 jobs have been lost in electric power generation by traditional fossil fuels since 2011, with another 6,500 nuclear jobs lost during that same period. “If baseload coal and nuclear generation are not properly valued for their services, thousands more workers are at risk of losing their jobs,” the union wrote.

Perry’s plan would compensate power plant owners that maintain a 90-day fuel supply protected against the elements. The exact cost is unknown, but critics say it could result in subsidies worth billions of dollars.

The proposal has drawn opposition from an unusual coalition of business and environmental groups that frequently disagree with one another.

Environmental groups say the plan would boost dirty and dangerous fuels, while the energy industry warns about interference in the free market and manufacturers that use huge amounts of electricity complain about higher energy prices that could be passed on to consumers.

Opponents say there is no evidence of a threat to the grid’s day-to-day reliability that would justify the emergency action Perry is seeking. An Energy Department report in August called reliability “adequate,” citing significant additions to the grid from natural gas, wind, and solar.

Democrats in Congress have denounced the plan, while Republicans have generally taken a wait-and-see approach.