Ottawa recently committed to closing more fisheries, reducing speed limits for ships and increasing aerial surveillance in an attempt to prevent the lumbering whales from being hit by boats or becoming entangled in fishing gear 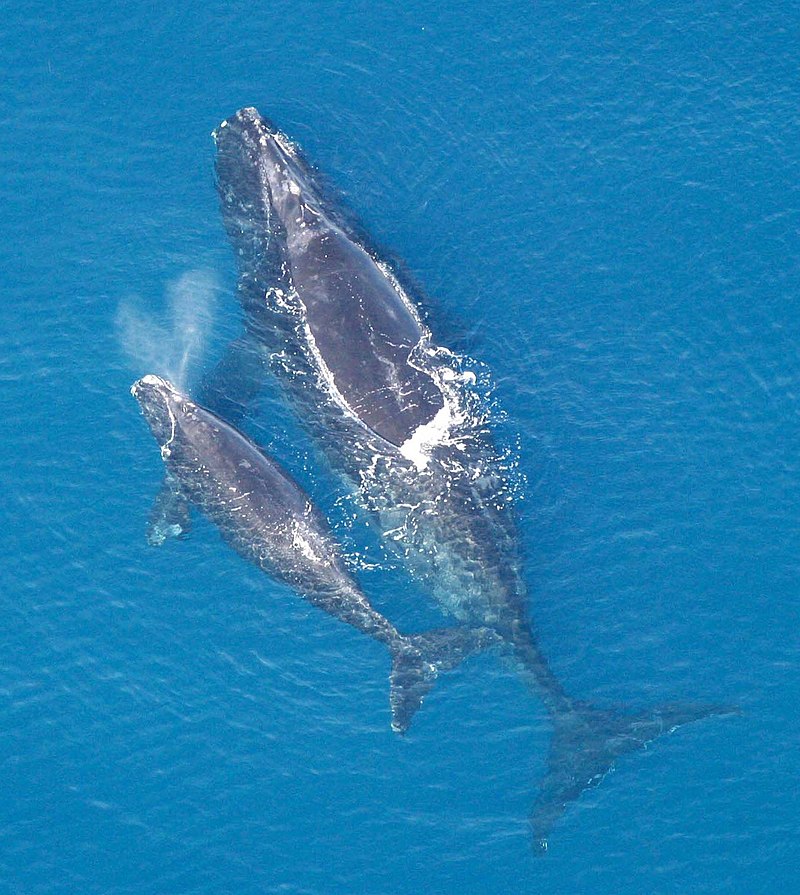 DIEPPE, N.B.—Canada’s fisheries minister says many of the people working to save the dwindling population of North Atlantic right whales are feeling drained by the ongoing ordeal, but he says more needs to be done to protect the critically endangered species.

“This work has been labour intensive and … emotionally and physically exhausting for many of those involved,” Jonathan Wilkinson told a news conference Monday at an airport in eastern New Brunswick.

Flanked by two red aircraft, Wilkinson said Ottawa recently committed to closing more fisheries, reducing speed limits for ships and increasing aerial surveillance in an attempt to prevent the lumbering whales from being hit by boats or becoming entangled in fishing gear.

There has been only one death of a right whale reported since the “aggressive” new measures came into effect in the last few weeks, the minister said.

As well, the whales are being tracked every day by five or more aircraft, which have logged more than 1,100 hours in the air since April, he said.

Since the new measures were introduced, there have been 17 “instances” of ships exceeding speed limits in the gulf. However, Wilkinson stressed that virtually every speeding ship was found to be only slightly over the limit.

The federal government is also helping to test ropeless fishing gear, he said.

“I think the technology is not very far away,” he said. “But there is a cost issue. We have to make sure it’s affordable for fish harvesters, and … we’re going to have to make it easy for harvesters to be able to adopt the new technology.”

However, Wilkinson did not announce any new measures Monday.

“We are always thinking of what more can be done,” he said, adding that the whales have shifted their foraging to parts of the Gulf of St. Lawrence where they had been rarely seen before.

“We’re going to have to learn how to get ahead of these changes.”

On Friday, federal officials confirmed that the carcasses of two more right whales had been spotted in the gulf, bringing the death toll to eight this season in Canadian waters.

Scientists and environmental activists say North Atlantic right whales are under high levels of stress because they often come into contact with ships or get entangled in fishing gear. It is believed the population currently stands at around 400 animals.

On Sunday, poor weather conditions forced a whale rescue team to postpone its bid to disentangle a right whale from fishing gear that is trailing from its head.

The Fisheries Department said the Campobello Whale Rescue Team was unable to help the 18-year-old whale, which has been tangled in gear for at least two weeks.

A team from the U.S. National Oceanic and Atmospheric Administration attached an electronic tracking device to the whale on Friday.

The endangered animal, known as 3125, was first spotted on July 4 by the crew aboard a Transport Canada aircraft east of Quebec’s Gaspe peninsula.

Though the first necropsy failed to determine a cause of death, the next three confirmed that each of the whales had suffered injuries compatible with a vessel strike.

The fifth necropsy was completed Sunday in Grand-Etang, Que., on the body of a whale that was spotted drifting west of Quebec’s Iles-de-la-Madeleine on July 18. According to preliminary findings, the whale was in good condition, with no obvious signs of trauma or entanglement.