Even though Hurricane Harvey was already projected to be a monster storm that would inflict unprecedented damage, disaster-response trailers with what FEMA's website described as normal wear were auctioned at fire-sale prices

September 18, 2017  by Michael Sisak And Emily Schmall, The Associated Press 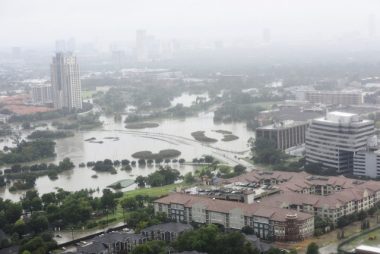 More than 100 2017-model Federal Emergency Management Agency trailers were sold over the two days before the Category 4 hurricane landed in the Gulf Coast, an analysis of government data by The Associated Press discovered. Harvey was already projected to be a monster storm that would inflict unprecedented damage.

The trailers were supposed to be sold through Aug. 28, after floodwaters sent thousands of Texans onto rooftops and into shelters.

About 79,000 homes in the areas affected by the hurricane were flooded with 18 inches or more of water, Michael Byrne, FEMA’s federal disaster recovery co-ordinator for Harvey, told AP.

The auctions—about 300 since the beginning of the year—have left FEMA with a standing fleet of only 1,700 units. The agency has put out bids for another 4,500, but officials could not say when they would be ready to meet needs arising from Harvey, Irma and potentially future storms.

“There’s a vast chasm between what they can supply and what is actually needed,” said Dr. Irwin Redlener, director of the National Center for Disaster Preparedness at Columbia University, adding that he found the trailer auctions an “unfortunate decision.”

FEMA officials said that the units sold had all been used to house survivors of last year’s floods in Southern Louisiana, who returned them with damages that made them unfit for redeployment.

“The ones you will hear about being auctioned are the used models that we’ve determined it’s not cost-effective to refurbish. We’re very rigid and strict about what we’ll refurbish and it’s got to be something that quite frankly any one of us would be comfortable living in and willing to put our families into,” Byrne said.

Yet the 300 trailers sold on the Government Services Agency’s online auction since the beginning of the year 2017 were advertised either without problems, or with only minor damage, such as flat tires, buckling trim or missing furniture, GSA records showed. FEMA said trailers also go to the auction block because of leaks, roach infestations and odour left by cigarette smoke.

FEMA officials said the trailers it had recently ordered will cost the agency around $40,000 for a one-bedroom. By contrast, GSA sold a 2017-model trailer Aug. 23 with damage it described as normal wear and tear and low or flat tires for less than $5,000.

FEMA deployed 144,000 trailers after Hurricanes Katrina and Rita, but started selling off its stock in 2007 when the trailers became symbols of the troubled federal response after lawsuits accused some of those units of being riddled with high levels of cancer-causing formaldehyde.

Sales were halted after tests by the Centers for Disease Control in 2008 showed formaldehyde leaching from the trailers’ pressed-wood products. The auctions resumed after a court order was lifted in 2010, and Katrina-era units resurfaced on Native American reservations, in North Dakota’s oilfields and in Texas, following the Deepwater Horizon oil spill, according to Chemical Heritage Foundation fellow Nicholas Shapiro.

In 2011, FEMA announced that all of its trailers would be built with wood products that met emission standards set by the California Air Resources Board. Units rolled out in 2016 ranged in size from one to three bedrooms and were equipped with smoke detectors, fire sprinklers and central heating and air conditioning, with hookups for washing machines and cable TV.

FEMA has auctioned off trailers during disasters before.

As Superstorm Sandy churned up the Atlantic coast in 2012, dozens of trailers sat idle in a supermarket parking lot in Northeastern Pennsylvania, about two hours from the New Jersey coast.

The trailers were deployed for a flood the previous year, but many went unused and instead wound up on the government auction block at a fraction of their original cost, landing on the resale market or being refurbished for personal use.