Government targets 80 per cent emissions cut in long-term plan, wraps up COP22 after announcing $1.8 billion in funding for climate-related projects 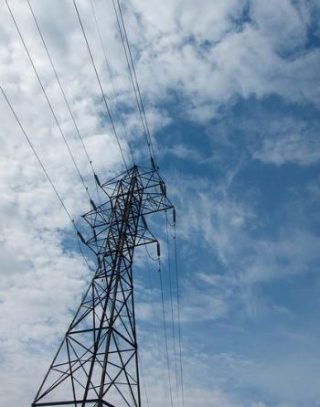 Electrification of everything from transportation to building heat play a major role in the plan. PHOTO: BriYYZ, via Flickr

OTTAWA—The federal government released its long-term climate strategy late last week at the COP22 international climate conference in Morocco with a caution that most Canadians—while sympathetic to the cause—don’t yet understand the “magnitude of the challenge.”

The document suggests the country should find a way to cut emissions 80 per cent below 2005 levels by 2050 in order to match the ambition of the international Paris climate accord.

That means ratcheting down Canada’s entire output of greenhouse gases to 150 million tonnes a year. The most recent Environment Canada inventory assessed the country’s carbon dioxide equivalent emissions at 732 million tonnes in 2014—and slowly rising.

“Most Canadians recognize the need to mitigate climate change and limit the increase in the global average temperature, but the magnitude of the challenge is less well understood, with a requirement for very deep emissions cuts from every sector by mid-century,” says the 87-page plan, released Nov. 18 in Morocco.

Environment Minister Catherine McKenna was among those last year in Paris helping push for a target of limiting global warming to less than two degrees C above pre-industrial levels and closer to 1.5 degrees.

“Canada’s Mid-Century Long-Term Low-Greenhouse Gas Development Strategy” says global emissions reductions of between 70 and 95 per cent are required in order to have a better than 50-50 chance of hitting the 1.5-degree temperature target.

It lays out a number of strategies, including a major move to electrification for everything from transportation to building heating and industrial power.

Forestry, agriculture, municipal waste, technological innovation and energy efficiency—38 per cent of all emissions cuts needed to reach two degrees Celsius can be achieved through energy efficiencies, notes the paper—all get their own chapters, but Canada’s oil and gas sector does not.

Nor does the strategy paper mention the current political debate over approval of new, long-term fossil fuel infrastructure, including pipelines. Prime Minister Justin Trudeau’s government has already approved a major liquefied natural gas project for northern B.C. this fall and is poised to pronounce on Kinder Morgan’s proposed tripling of the Trans Mountain oil pipeline by mid-December.

“Canada’s mid-century strategy is not a blueprint for action and it is not policy prescriptive,” states the document. “Rather, the report is meant to inform the conversation about how Canada can achieve a low-carbon economy.”

Environmental advocates were quick to weigh in.

“The report’s warnings on the dangers of building new infrastructure that locks in a high-carbon economy has to be seen as a big, flashing red light telling Trudeau to reject the Kinder Morgan and Energy East pipelines,” Keith Stewart of Greenpeace Canada said Friday in an email.

Sustainable Canada Dialogues, a group of more than 60 academics, offered its own report card Friday saying that “despite positive steps forward, the federal government has been unable so far to develop a coherent climate action plan largely because of its inability to address fossil fuels coherently.”

Edmonton Mayor Don Iveson, chair of the big-city mayors caucus in the Federation of Canadian Municipalities, was in Marrakech at the climate conference all week and has heard the anti-pipeline pitch repeatedly.

He told The Canadian Press in a telephone interview that he sees no inconsistency in approving new pipelines while driving down greenhouse gas emissions, noting a million barrels of oil a day currently travels through Edmonton neighbourhoods by rail.

“This is product that is already being extracted and processed, to some degree, today,” said Iveson.

Iveson used the example of Edmonton’s looming shift to electric municipal buses, which will be a first in Canada.

“But it will take me at least 15 years to phase out the last diesel bus—and only if the battery technology improves over the next 10 years to the point where I can use electric buses for all of our routes.”

As it stands, 20 per cent of Edmonton’s bus routes are too long for current electric battery technology.

“The notion that we could somehow stop powering our cities and our global economy with fossil fuel overnight just defies common sense.”

The energy transition is exciting, said Iveson, but it’s going to take “a generation or two as we ramp down to a lower carbon economy.”

Over the course of the Marrakech conference Canada awarded more than $1.8 billion toward a range of climate-related projects, including funding to help developing economies mitigate the impact of climate change and a project targeting methane emissions.