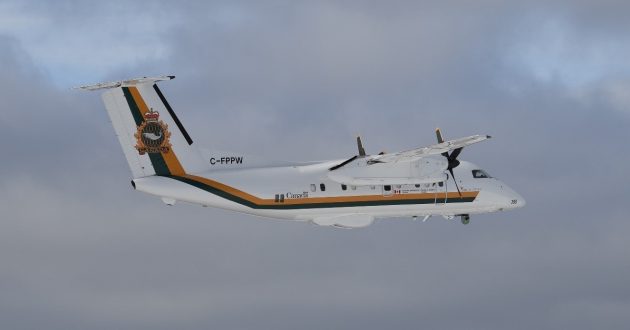 On Feb. 19, the long-range maritime patrol aircraft — the Dash-8 — became operational. The Dash-8 aircraft will allow fishery officers to expand their range of operations, providing them with essential tools to combat illegal fishing and enhance Canada’s maritime security.

“Canada’s fishery officers perform a crucial service, helping to conserve and protect our country’s marine and coastal areas,” said Bernadette Jordan, minister of Fisheries, Oceans and the Canadian Coast Guard, in a prepared statement. “When we invest in environmental protections, we’re investing in our future.”

This new fleet of aerial surveillance aircrafts will also be a crucial tool for the enforcement of measures put in place by the Government of Canada to protect our endangered whales. This includes monitoring the Gulf of St. Lawrence for compliance to fisheries management measures for North Atlantic right whales, as well as monitoring critical habitat areas for Southern Resident killer whales.