Water challenges such as droughts, floods, and deteriorating water quality are intensifying 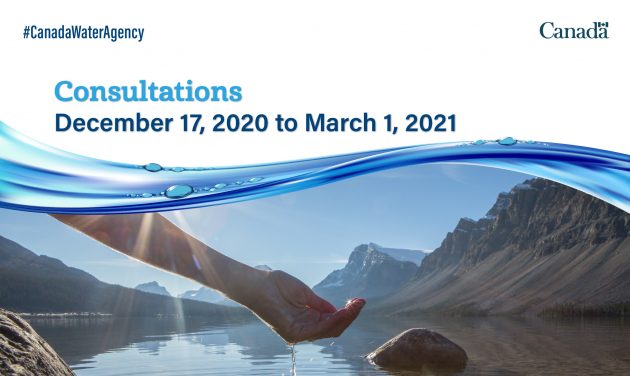 OTTAWA — The Government of Canada has announced the launch of public consultations to help establish the new Canada Water Agency and improve freshwater management across Canada.

“Establishing the Canada Water Agency will help to identify, better coordinate, and address various issues relating to freshwater in Canada,” said Jonathan Wilkinson, minister of Environment and Climate Change, in a prepared statement. “It’s an important part of Canada’s plan to build a cleaner, stronger, more resilient economy, with good, secure jobs now and into the future. I encourage all Canadians to take part in these consultations to help shape the Canada Water Agency.”

Water challenges such as droughts, floods, and deteriorating water quality are intensifying, due in large part to climate change. The Canada Water Agency will be established in close collaboration with provinces, territories, Indigenous Peoples, and other partners.

The Government of Canada will host a virtual national freshwater policy forum in January and a series of regional forums in February to provide further opportunities for Canadians to participate in discussion-paper consultations.