With both industry and environmentalists unhappy with current framework, four-person panel will investigate and report findings or fixes in January 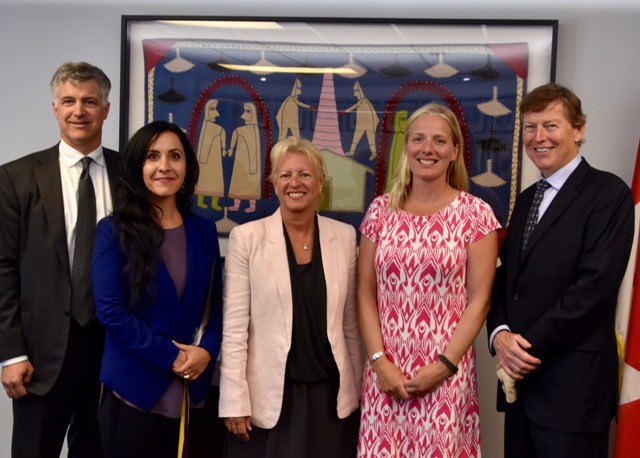 OTTAWA—The federal Liberals have announced details of a long-promised review to examine environmental assessments for projects from pipelines to new mines.

Environment Minister Catherine McKenna said Aug. 15 a four-person panel has been asked to study how the assessments are done to ensure decisions are based on sound science, avoid duplication and serve and involve the public.

The review was included in the mandate letter McKenna received from Prime Minister Justin Trudeau when she was appointed to the post last fall.

Neither industry nor environmentalists have been happy in recent years with the way environmental assessments are done. One side says they are too complex and lengthy, while the other says they don’t protect fragile ecosystems and leave out important considerations.

During the federal election, Trudeau spoke about the need to reform a process that he said had lost the trust of Canadians. That promise was repeated in the throne speech.

The new review promises extensive opportunities for pubic input, as well as direct consultation with interested organizations. Meetings are to be held in areas where projects have been through an environmental assessment.

The panel will be led by Johanne Gelinas, a former federal commissioner of environment and sustainable development.

Retired Teck Resources vice-president Doug Horswill and environmental and aboriginal lawyers Rod Northey and Renee Pelletier round it out.

The panel is expressly instructed to engage with First Nations individuals and groups. It is also instructed to work together with other reviews being done by Fisheries and Oceans, Natural Resources and Transport Canada.

The panel is to begin next month and finish by the end of January.

“This review marks the beginning of a rare opportunity to build a next-generation environmental assessment law for Canada,” said a statement from Jessica Clogg of the West Coast Environmental Law Association. “With widespread conflict over projects like oil pipelines and dams, the stakes have never been higher.”

Stephen Hazell of Nature Canada said in a release he was pleased by the panel’s makeup and terms of reference.

“We look forward to working with the panel in the coming weeks to develop proposals for the next generation of laws to ensure that development is sustainable and nature is conserved.”