Eyes in the sky capture carbon, other climate culprits 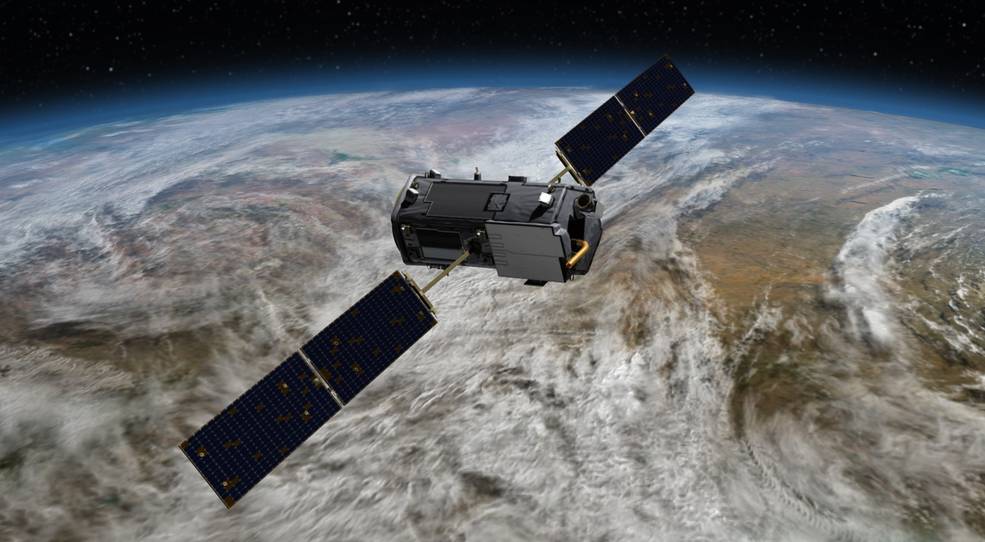 KATOWICE, Poland—A growing fleet of satellites is monitoring man-made greenhouse gas emissions from space, spurred by the need to track down major sources of climate changing gases such as methane and carbon dioxide.

While scientists and policy-makers agree that getting a firm grasp on the origins of emissions is key to tackling global warming, there is great political sensitivity surrounding the issue.

In 2009, President Barack Obama suggested during the U.N. climate talks in Copenhagen that the United States might use satellites to monitor other countries’ emissions.

Obama’s call for sharing such information “so that people can see who’s serious and who’s not” annoyed China and other countries worried about outside monitoring of their emission figures.

But as negotiators at this month’s climate summit in Katowice, Poland, puzzle over how to ensure countries provide accurate emissions data, a host of international agencies and private companies are once again touting space-based monitoring as an aid, if not a replacement, to self-reported figures.

So-called emissions inventories are key to implementing the 2015 Paris climate accord, but until now there’s been no international standard for them, let alone independent oversight.

Each country reports data, often years-old estimates, which are used to determine whether they’re doing enough to cut emissions. According to a recent report by the Intergovernmental Panel on Climate Change, emissions of the most abundant greenhouse gas, carbon dioxide, would need to be reduced to a level the planet can absorb—known as net zero—by 2050 to keep global warming at 1.5 degrees Celsius (2.7 Fahrenheit), as envisaged in the Paris agreement.

“It is very important to have precise information about emissions,” said Oksana Tarasova, who heads the atmospheric environment research division at the World Meteorological Organization. “We have no time to waste.”

Half a world away, Mike Gunson and his colleagues at NASA’s Jet Propulsion Laboratory in Pasadena, California, have been operating NASA’s OCO-2 satellite since its launch in 2014. This “eye in the sky” is designed to observe carbon dioxide.

The effort to inventory the world’s greenhouse gas emissions has taken on an added urgency amid concerns that some gases may not yet be apparent.

Greet Maenhout, a scientist at the European Commission’s Joint Research Center in Ispra, Italy, said it was only recently discovered that coal mines leak carbon dioxide. “This has been seen from space by flying over it,” said Maenhout.

The Commission has funded several satellites to monitor whether European Union member states are meeting their commitment to reduce greenhouse gases by 2030 by 40 per cent compared to 1990 levels.

While satellites on their own can’t provide accurate emissions figures from afar, their advantage lies in their consistency, said Claus Zehner, manager of the European Space Agency’s Sentinel-5P mission.

Observations have shown a decline in sulfur dioxide emissions over China over the past decade, compared with an increase over India, indicating that Beijing is acting to reduce pollution, said Zehner.

Such results, combined with the fact that new instruments are able to collect data with increasingly fine resolutions, are bound to worry governments wary of having others peer into their territory.

Previously unpublished measurements of methane captured by Sentinel-5P and its predecessor Sciamachy show a worldwide increase in atmospheric levels of this potent greenhouse gas, particularly in industrialized countries and emerging economies.

In the coming years, a flurry of new gas-detecting instruments will be heading into orbit.

A copy of NASA’s OCO-2 will be attached to the International Space Station next year, and a stand-alone system, Geocarb, is scheduled for launch into a higher orbit in 2020.

Japan’s space agency just launched GOSAT-2, to measure carbon dioxide and methane, while the European Space Agency is preparing to send a dedicated carbon dioxide observer, Sentinel-7, into orbit in 2025.

U.S. concern about China has survived the transition from the Obama to the Trump administration. Despite the current U.S. president’s decision to pull out of the Paris accord, American diplomats in Katowice are pressing for strict transparency rules for emerging economies such as China, whose last reported greenhouse gas emission levels from 2012 put it far above all other nations on the planet.

Ultimately, scientists argue that since space-based measurements are on the rise, it makes sense to share the data and work together.

“We want to have the big players like China and USA all on board with these measurements so that they even would contribute within an international framework,” said Maenhout, who has worked on emissions inventories for over a decade.

“The Paris agreement is built on individual countries coming together and saying I’m going to do this,” said Louise Jeffery, a scientist at the Potsdam Institute for Climate Impact Research in Germany. “If countries can trust each other that they are doing what they said they will do, then it gives more incentive to do that themselves.”