Even species at risk are cramped at home

While not all are actually declining, a single stroke of bad luck could eliminate their entire Canadian population 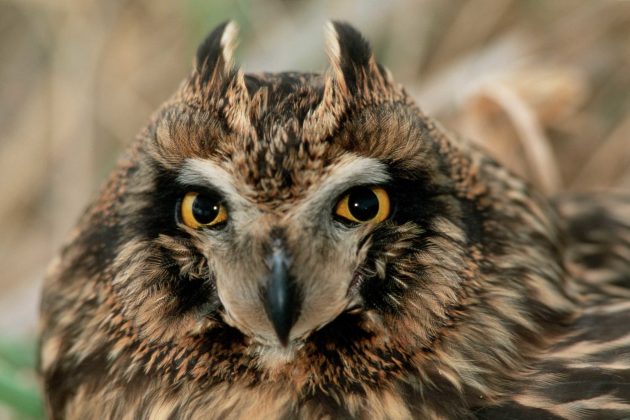 OTTAWA — The Committee on the Status of Endangered Wildlife in Canada (COSEWIC) assessed the status of 26 wildlife species, some of which have particularly small spaces to call home. While not all are actually declining, a single stroke of bad luck could eliminate their entire Canadian population. And climate change may bring that bad luck.

Two rare lichens were assessed. Both live in specialized environments, one on the Pacific coast and one on the Atlantic. The tiny Seaside Centipede Lichen occurs on a narrow strip of western Vancouver Island and nearby islands. It occurs only on small Sitka Spruce twigs that are within a few metres of the forest floor. This lichen also needs a nitrogen supply, and so is usually found on trees near Bald Eagle perches and sea lion haul-outs where poop supplies that key nutrient. In Nova Scotia and Newfoundland, Vole Ears Lichen occurs in a few forests near the coast where necessary fog is common.

Increasingly severe storms can damage the lichens and their host trees on both coasts, layered upon local threats. Seaside Centipede Lichen was assessed by COSEWIC as Threatened and Vole Ears Lichen as Endangered.

Black Hills Mountainsnail has been isolated in the Cypress Hills on the Alberta-Saskatchewan border since glaciers covered much of the continent. The Canadian population is one of only four in the world that survived on rare hills or “sky islands” above the ice (the others are in Montana, Wyoming and South Dakota). Climate change-fueled megafires could affect all these Canadian snails in one fell swoop. COSEWIC assessed this snail as Endangered.

“Large wildfires can damage and even wipe out snail populations — they really can’t just run away,” said Dwayne Lepitzki, Co-chair of the Molluscs Subcommittee in a statement. “The Cypress Hills had major fires in the 1880s and we know that wildfires are getting bigger and more common in western Canada. Hopefully, fire management can help protect this snail.”

The attractive Edwards’ Beach Moth is restricted to a few windswept beaches and small dunes around southern Vancouver Island, isolated from populations known in California. Thanks to work by dedicated volunteers, invasive vegetation is being kept at bay. However, climate change is a threat because warming brings rising sea levels and more numerous and intense storms that threaten to destroy the upper beaches and dunes where the moth lives. It was assessed as Endangered.

Fully 15 of the 26 wildlife species assessed by COSEWIC are threatened by climate change. Not all of them have restricted ranges. Short-eared Owl is still widely distributed, but Christmas Bird Count and Breeding Bird Survey volunteers have documented a worrying decline in their numbers.

“Citizen science observers across the continent are fundamentally important in determining population trends for this and many other species,” commented Birds Subcommittee Co-chair Richard Elliot. “We couldn’t do it without them.”