The world's first single-seater electric vehicle racing series, the FIA Formula E Championship, is coming to Montréal for the first time; the city will host the last two races of the 2016-2017 Formula E season from Jul. 29 to 30 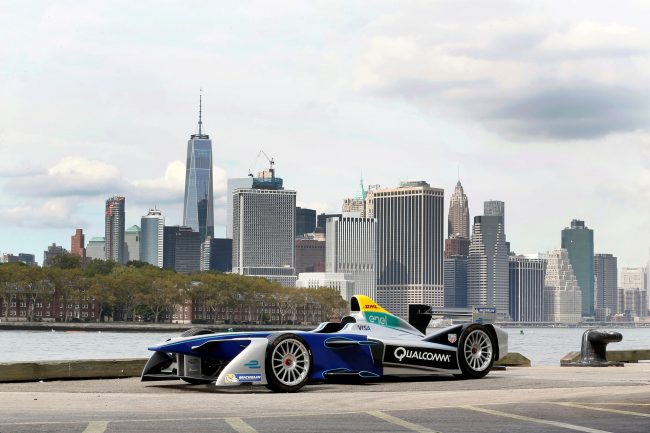 The new racing championship has already established itself in several cities. It will move into Montreal this summer. PHOTO: FIA

Montréal will host the last two races of the 2016-2017 Formula E season, an event billed as the Montréal ePrix.

The occasion marks the first time Montréal has hosted the Formula E Championship, a racing series that draws close to 15 million viewers globally.

The third season of Formula E got underway Oct. 9 2016 in Hong Kong, before heading to Marrakesh in November, Buenos Aires in February and Mexico City on Apr. 1 2017. The series will make stops in Monaco, Paris, Berlin and New York before wrapping up in Montréal at the end of July.

According to Hydro-Québec, which will provide fuel for the racers, this racing series is a showcase for the latest innovations in electric vehicle technology and alternative automotive energy solutions.

“Hydro-Québec is an active participant in transportation electrification and in the fight against climate change, thanks to our expertise and technological innovations. It is only natural that we support this major event,” said Éric Martel, president and CEO of Hydro-Québec.

“The Formula E in Montréal isn’t just a race, it’s a message that we want to send to our citizens and to our friends around the planet. That message is that Montréal isn’t afraid of innovation or change,” said Denis Coderre, mayor of Montréal.