The rocket is powered by hydrazine, a known carcinogen that damages the nervous system, kidney and liver in humans. All of these conditions have been well-documented in Russian launch zones, where hydrazine has also killed large numbers of lake fish 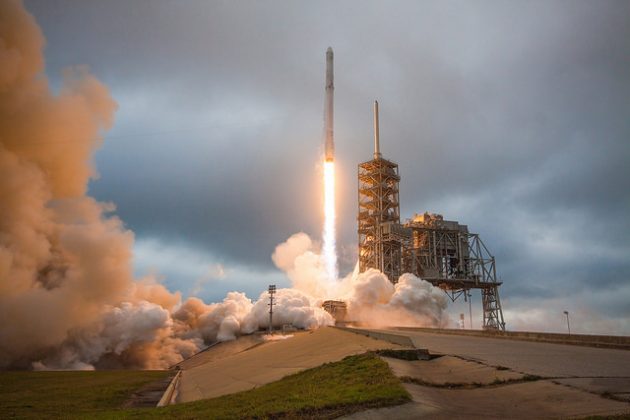 Hydrazine is so toxic that nearly every space program in the world has moved away from it.

OTTAWA—Inuit leaders and hunters are angry over European plans to launch a satellite that would drop a rocket stage likely to contain highly toxic fuel in some of the most ecologically sensitive waters of the Canadian Arctic.

“The fact space agencies are willing to use the Pikialasorsuaq/North Water as a toxic dump underscores the pressing need for local management of this sensitive ecosystem,” said Nancy Karetak-Lindell, acting chairwoman of the Inuit Circumpolar Council, which is based in Ottawa and Greenland.

“These marine waters are, in fact, our source of food.”

Next Friday, the European Space Agency plans to launch the Sentinel 5P satellite, an environmental probe designed to monitor trace gases in the atmosphere. A second launch of a similar satellite is planned for 2018.

Both are to be launched from Russia using Soviet-era rockets fuelled by hydrazine. Hydrazine is so toxic that nearly every space program in the world—including Russia’s—has moved away from it.

The second stage of the rocket, containing up to a tonne of unburned hydrazine, is expected to splash down in water between Greenland and Baffin Island—an area that is part of Canada’s exclusive economic zone.

The North Water Polynya is an 85,000-square-kilometre ocean that is free of ice year-round. It shelters most of the world’s narwhal, as well as about 14,000 beluga whales and 1,500 walrus.

Bowhead whales, polar bears, and four types of seals swim in its waters. Tens of millions of seabirds teem in its skies.

“Those waters are the garden of the area for the species that we harvest,” said Larry Audlaluk, a hunter from Grise Fiord, Nunavut, one of the communities closest to the North Water. “It is scary, what could happen.”

Michael Byers, a Canadian academic who has just co-authored a paper on the launches in Cambridge University’s journal Polar Record, has researched hydrazine’s environmental impacts.

The fuel is a known carcinogen and causes convulsions, nervous system damage, kidney and liver failure in humans—all of which have been well-documented in Russian launch zones. Its impacts on marine ecosystems are unknown, although hydrazine has killed large numbers of lake fish.

“That’s why action needs to be taken,” said Byers.

He said Europeans should immediately stop using hydrazine-fuelled rockets and points out a similar satellite to the Sentinel 5 was recently launched with a rocket using much safer fuel.

Canada has repeatedly asked Russia for early notification of space launches so appropriate precautions could be taken, said Brendan Sutton of Global Affairs Canada in an email.

“Since most space debris disintegrates and burns up entirely on entry into the Earth’s atmosphere, risks are considered very low that debris or unspent fuel will reach the marine environment,” he wrote.

“Canada expects every effort will be made to ensure that debris does not land on Canadian soil or in Canadian territorial waters.”

Byers said the splashdown is expected to take place outside territorial waters, but in an area Canada purports to control and regulate.

“The omission of the exclusive economic zone in that statement had to be intentional,” said Byers, a professor of international law. “That would be an abdication of Canada’s responsibilities. We have pollution prevention jurisdiction out to 200-nautical miles, and we fought really hard for that.”

Byers points out that the European Space Agency includes a number of Canada’s closest allies and that Canada is an affiliate member.

“They are a leader in environmental science using satellites and yet they’re using this old technology and this old fuel. They don’t have any credible reason for proceeding with this launch apart from the fact they want to save money.”

A spokesman for the agency could not be immediately reached for comment.