A vocal opponent of the Keystone XL pipeline, the Natural Resources Defence Council has shifted focus to another major TransCanada project 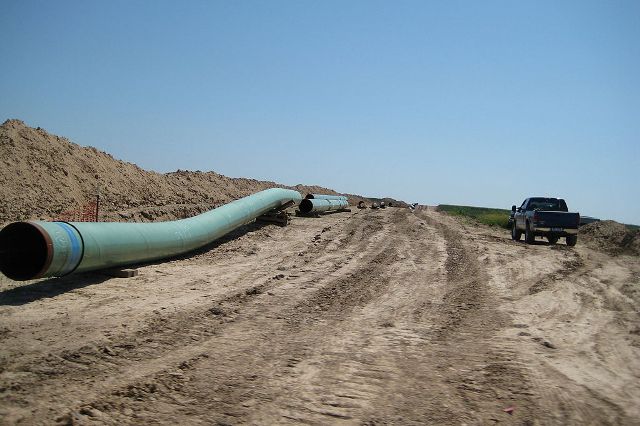 The U.S.-based Natural Resources Defence Council was a vocal opponent of TransCanada’s Keystone XL pipeline. It now is working against the company’s Energy East project. PHOTO: shannonpatrick17, via Flickr

FREDERICTON—Environmental groups have released a report saying the proposed Energy East pipeline would drive a huge increase in crude tanker traffic, jeopardizing the environment and marine life between New Brunswick and the U.S. Gulf Coast.

The report, prepared by the U.S.-based Natural Resources Defence Council in partnership with groups such as Greenpeace and the Conservation Council of New Brunswick, says the pipeline would result in a 300 to 500 per cent increase in tankers delivering western crude to refineries in the southern United States.

The proposed $15.7 billion pipeline would move 1.1 million barrels of oil a day from Alberta and Saskatchewan through Quebec and into New Brunswick to supply Eastern Canada refineries and for overseas shipping.

In a statement, TransCanada Corp. officials say they are a pipeline transporter and don’t own or operate ships, but they note that there are comprehensive rules around marine tanker activity and are working with various groups to ensure safe operation of the proposed export terminal.

Anthony Swift, a spokesman for the report, says the large number of crude tankers creates extraordinary threats to the U.S. East Coast and marine life in the Bay of Fundy.

The group has launched a petition calling for a moratorium on tankers carrying oil sands bitumen in U.S. waters.