Despite the rollbacks, these changes have received little attention in the mainstream media 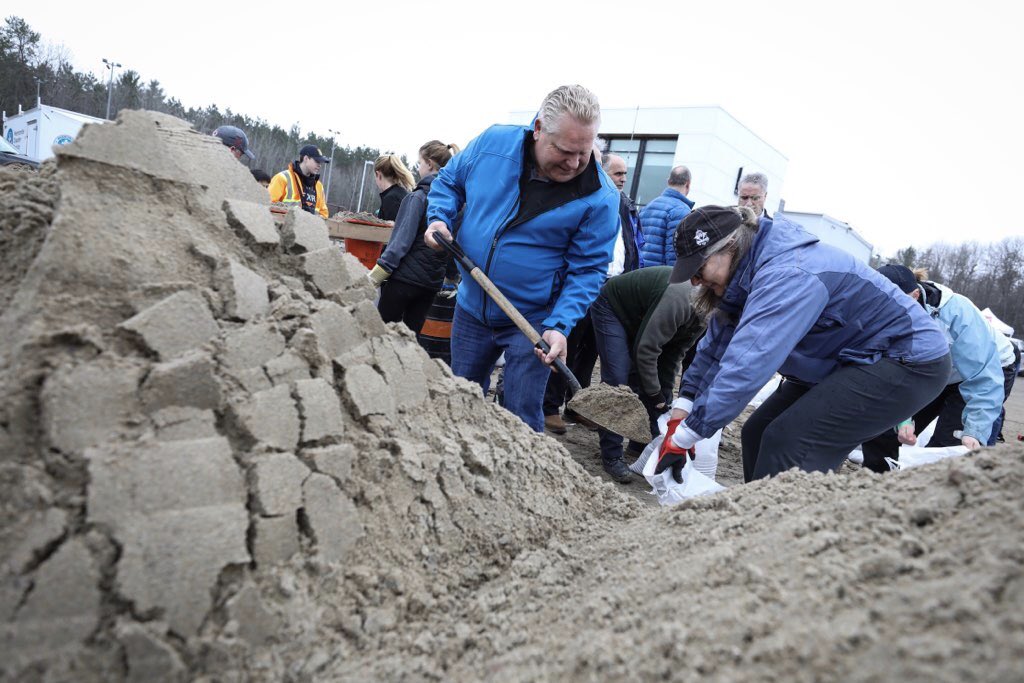 Ontarians should be concerned by the vast changes that are being made to provincial environmental legislation as they will have serious consequences on the natural spaces we cherish.

In an overarching attempt to “modernize” Ontario’s environmental plan, Premier Doug Ford and his government have made moves to pave the way for development across the province by reducing so-called “red tape.” The government is undercutting the Endangered Species Act and the Environmental Assessment Act, and limiting community engagement in northern Ontario planning decisions by repealing the Far North Act.

Despite the staggering rollbacks, these changes have received little attention in the mainstream media. Under the umbrella of these “modernization” efforts, the common thread of reducing red tape for business and development ventures is apparent in the Ford government’s proposed changes.

The Endangered Species Act aims to protect and enhance Ontario’s biodiversity. It relies on scientific evidence to identify important species and habitats in need of added protection, and it regulates activities through permits.

Environmental organizations praised the original act as a “gold standard in species at risk legislation” because it regulates activities based on their benefit to species. With habitat degradation and loss as the prevailing causes of wildlife decline in Ontario, regulating development is important to ensure species have large and continuous habitats.

The Ford government’s changes will minimize the Ministry of Natural Resource’s capacity to monitor the cumulative impacts of projects such as housing development, resource extraction and road building, and to plan effectively at regional scales. The legislative changes would give the Minister undue flexibility along with the authority to suspend protective actions up to three years for newly listed species at risk.

Under the proposed approach, Ontario would no longer be responsible for species with wide geographic ranges that extend beyond the province’s borders. Instead, the Endangered Species Act would consider the overall condition of a species no matter where it lived.

For example, the Blanding’s turtle is endangered in Ontario but thriving in Nebraska, so an updated Ontario provincial policy would offer the species no protection. It would also ignore the role that ecological corridors play in connecting patches of habitat that have become fragmented.

As well, when new species or habitat protections are added to the Species At Risk Ontario (SARO) list, existing permit-holders would be able to proceed with operations for 12 months before amending their permit. Currently, operations cease under these circumstances. These changes would undermine the act’s integrity by advancing the interests of developers, rather than prioritizing the protection of Ontario’s biodiversity.

It fails to recognize Indigenous jurisdiction and abandons Ontario’s environmental protection and conservation goals, including climate change mitigation strategies, in Ontario’s Far North, which covers 42% of Ontario’s land mass and where 90% of the population are from First Nations.

Ontario’s Environmental Assessment Act was introduced in 1976. In 2016, the Auditor General of Ontario noted that the province is the only jurisdiction in Canada that does not require environmental assessments for private-sector projects, such as mining or chemical manufacturing, which can have long-term environmental impacts, including impacts on water quality and aquatic ecosystems. The report also highlighted that the cumulative effects of multiple projects are not usually assessed.

Rather than addressing these shortcomings, the Ford government has criticized the act for being “burdensome, discouraging job-creators from coming to Ontario to do business.”

The proposal to modernize the act aims to streamline the process for developers, exempting low-risk activities from environmental assessments and re-categorizing what activities will be considered low-risk.

Allowing private projects to slip under the radar of regional planning efforts places the burden of environmental costs and cumulative effects on communities already disproportionately impacted by industrial activities.

Moving too quickly on major development projects while not acting quick enough to protect endangered species and ecosystems may instead streamline irreversible consequences.

Amid the clear cutting of this legislative landscape, the general need for increased transparency and public engagement on these matters stands stark.

Ford’s resolve to shift decision-making authority away from First Nations in the Far North, and reducing dependence on science-based decision-making subjects environmental protection to political will and political “advisory roles” at arm’s length from conservation.

This article is republished from The Conversation under a Creative Commons license.