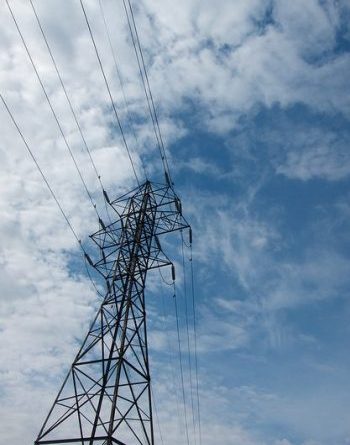 Approximately 10,000 people in 25 communities in Ontario still rely on diesel for electricity, the new project will connect 17 of the remote towns. PHOTO: BriYYZ, via Flickr

TORONTO—An ambitious infrastructure project is poised to connect 17 of the 25 unconnected small towns in remote areas of Northern Ontario to the province’s electrical grid.

A consortium of nearly two dozen First Nations communities, alongside partners Fortis Ontario and RES Canada have been selected by the Ontario government to build nearly 2,000 kilometres of new transmission lines through the rugged terrain between Lake Superior and Hudson Bay. Sanctioned by the province late last month, Wataynikaneyap Power and its partners plan to stretch the province’s existing electrical infrastructure beyond Pickle Lake and Red Lake, Ont.—both already hundreds of kilometres north of Thunder Bay—to Sandy Lake and Sachigo Lake, Ont. near the Manitoba border.

Designed to eliminate the costly diesel generators currently in use, as well as hook 10,000 Ontarians up to more reliable power, the project would cut emissions and save the provincial and federal governments millions of dollars each year once the infrastructure is in place. Currently, diesel is shipped into the isolated communities via ice roads, or in a pinch, by air, and heavily subsidized by both tiers of government.

Still, the project will not come cheap. Wataynikaneyap estimates the 1,800 kilometres of new transmission lines and related infrastructure will cost $1.35 billion to build.

The long-term rewards, however, both economic and environmental, have helped get the project off the ground. A PwC Canada study found the plan will translate to $1.07 billion in direct savings over a 40-year period, as well as up to $1.9 billion when the environmental benefits of ditching diesel generation are factored in.

CLICK to ENLARGE—Map of the communities. PHOTO: Government of Ontario

According to Margaret Kenequanash, chair of Wataynikaneyap Power, the grid expansion is a “transformational project” that will also have a wide range of benefits across Northern Ontario.

“Relying on expensive, environmentally-unfriendly diesel fuel to provide power for basic needs like food, shelter and water, as well as limited generating capacity, has come at a huge price for our communities,” Kenequanash said in a recent statement.

“First Nations ownership will not only ensure responsible development of infrastructure in our traditional homelands, but the project will maximize the health, safety, environmental, social and economic benefits for those First Nations communities that have been unable to provide adequate infrastructure and services to their people,” she added.

Following last month’s announcement Wataynikaneyap is now responsible for applying for “Leave to Construct” the transmission lines and perform the necessary environmental assessment work with the Ontario Energy Board (OEB).

The power company hopes to have all the pieces in place to begin construction in 2018. Work will then be carried out in two stages. The first includes reinforcing the existing electrical infrastructure to Pickle Lake, while the second will expand the grid north along two separate lines to Sandy Lake and Sachigo Lake. Under the current build schedule, all 17 communities will be able to ditch diesel generation by 2024.

Meanwhile, the Ontario government said it is working on plans to connect five of the remaining eight unconnected communities to the province’s grid.

Nationwide, there are approximately 200,000 Canadians in 300 off-grid communities.