Glencore reported it is examining the emissions profile of its assets. The company has set an intensity reduction target of 5 per cent by 2020 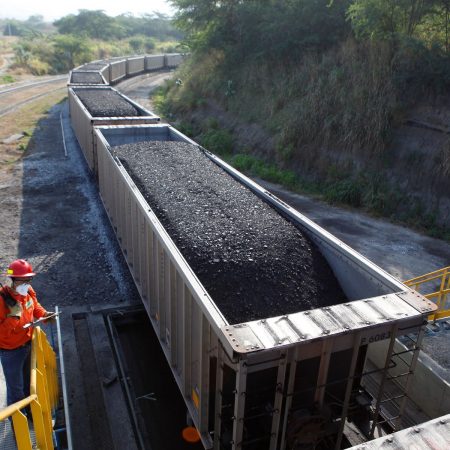 BERLIN – Commodities giant Glencore said Wednesday it will cap how much coal it mines amid shareholder pressure for it to help reduce global emissions of greenhouse gases.

The move is a sharp reversal for a company that has long championed the extraction and burning of fossil fuels, and which recently announced the purchase of further stakes in two Australian coal mines even as rivals pulled out amid climate concerns.

Glencore said the decision was taken after consulting with investors, known as the Climate Action 100+ initiative, who have clubbed together to lobby for corporate action against climate change.

“As one of the world’s largest diversified mining companies, we have a key role in enabling transition to a low carbon economy,” the Switzerland-based company said.

Burning coal for heat and electricity is a major source of carbon dioxide emissions, which contribute to man-made global warming.

Glencore said it will prioritize future investments to increase production of commodities “essential to the energy and mobility transition and to limit our coal production capacity broadly to current levels.”

The company projects its global coal output this year will be 145 million metric tons.

Noting “the increasing risks posed by climate change,” Glencore explicitly referenced the 2015 Paris climate accord, which set a target of keeping global warming well below 2 degrees Celsius (3.6 degrees Fahrenheit) by the end of the century compared with pre-industrial levels. But it also cited a U.N. goal of ensuring millions in the developing world get access to affordable fuel, which coal mining companies have frequently said justifies their operation.