Cod quota a recipe for disaster for the future of Canada 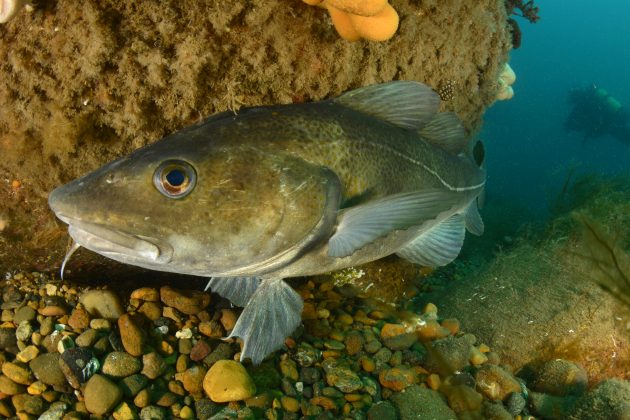 HALIFAX, N.S. — For three decades, Atlantic cod has been deep in the critical zone. The population is not growing, and individuals are in poor condition – smaller and skinnier. Yet, Fisheries and Oceans Canada (DFO) announced that the quota for this year has been increased from 12,350 to 12,999 tonnes.

Oceana Canada believes this decision is deeply flawed and will not benefit the coastal communities that rely on this fishery, or global reputation as a source for sustainable seafood. Economic studies show that being patient and adopting precautionary harvest levels that would give this formally abundant fishery an opportunity to rebound could result in a fishery worth 10 times more than its current value.

“DFO’s decision to increase the northern cod quota is, frankly, baffling,” said Oceana Canada Science Director, Robert Rangeley in a prepared statement. “It does not follow the science or good fishery management practices, and unwisely trades off long-term prosperity for our coastal communities for short-term, meagre gains. DFO has itself stated that to successfully rebuild this fragile fish population to a healthy level, fishing mortality must be kept at the lowest possible level, yet the quota has been increased once again. Today’s decision is not consistent with the federal government’s policies, nor the intent of the recently amended Fisheries Act.”

Meanwhile, there was no change to recreational fishing, which still has no requirement for licenses or tags, making it difficult to monitor the significant removals from this source of fishing. Making matters worse, the long-overdue rebuilding plan finally released by DFO at the end of last year offers no guidance on how DFO plans to rebuild the stock out of the critical zone, let alone to healthy levels.

The population growth has stalled, and cod is still deep in the critical zone as it faces poor environmental conditions including the effects of climate change and the declining availability of prey, such as capelin. In turn, this has led to an increase in cod starvation and cannibalism.

Besides being a crucial source of food for cod, capelin is an essential part of a healthy ocean ecosystem. Oceana Canada released a statement reacting to the 2021 capelin quota, that continues a fishery that many, including Oceana Canada, suggest should be closed. Without precautionary management of both cod and capelin, neither stock will be given the best chance possible for recovery.

Oceana Canada urges Fisheries and Oceans Canada to implement its own policies more swiftly. Our oceans provide one of our most valuable and renewable resources: wild fish.

“Cod is more than just a fish,” said Rangeley. “This is a part of Canada’s history, and will be part of Minister Jordan’s legacy. It’s time to do something different.”