Coal stages a comeback after major decline in 2016

by Matthew Brown And Katy Daigle, The Associated Press  June 26, 2017

Production is up six per cent this year in the world's biggest coal mining regions. Analysts expect the revival to be temporary in the U.S., but are less certain about China and India 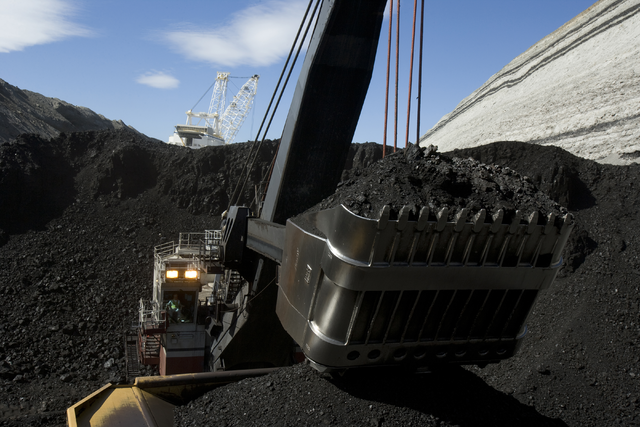 BEIJING—The world’s biggest coal users—China, the United States and India—have boosted coal mining in 2017, in an abrupt departure from last year’s record global decline for the heavily polluting fuel and a setback to efforts to rein in climate change emissions.

Mining data reviewed by The Associated Press show that production through May is up by at least 121 million tons, or 6 per cent, for the three countries compared to the same period last year. The change is most dramatic in the U.S., where coal mining rose 19 per cent in the first five months of the year, according to U.S. Department of Energy data.

Coal’s fortunes had appeared to hit a new low less than two weeks ago, when British energy company BP reported that tonnage mined worldwide fell 6.5 per cent in 2016, the largest drop on record. China and the U.S. accounted for almost all the decline, while India showed a slight increase.

The reasons for this year’s turnaround include policy shifts in China, changes in U.S. energy markets and India’s continued push to provide electricity to more of its poor, industry experts said. President Donald Trump’s role as coal’s booster-in-chief in the U.S. has played at most a minor role, they said.

The fuel’s popularity waned over the past several years as renewable power and natural gas made gains and China moved to curb dangerous levels of urban smog from burning coal.

Whether coal’s comeback proves lasting has significant implications for long-term emission reduction targets, and for environmentalists’ hopes that China and India could emerge as leaders in battling climate change.

While the U.S. reversal is expected to prove temporary, analysts agree that India’s use of coal will continue to grow. They’re divided on the forecast for China over the next decade.

The U.S., China and India combined produce about two-thirds of the coal mined worldwide, and the latter two nations also import coal to meet demand. India’s production expanded even during coal’s global downturn.

“If you look at those three countries, everyone else is irrelevant in the scheme of things,” said Tim Buckley, energy finance director for the Institute for Energy Economics and Financial Analysis.

Burning coal for power, manufacturing and heat is a primary source of the carbon dioxide emissions that scientists say is driving climate change. Reducing such emissions was a critical piece of the 2015 Paris climate accord that Trump announced this month he wants to exit.

Almost every other nation continues to support the deal, including China and India. China, India and the U.S. produce almost half of global greenhouse gas emissions.

Coal accounts for almost half of greenhouse emissions from burning fossil fuels, according to the Global Carbon Project. China is by far the world’s largest coal user, consuming half the global supply.

Its production rose more than 4 per cent through May, according to government figures, compared to a drop of more than 8 per cent for the same period a year earlier.

Hundreds of mines shut down in China last year and the government forced others to cut back hours in a bid to reduce an oversupply of coal and boost prices. The government has since relaxed that policy and production is rebounding.

Also, as China continues to recover from a 2015 economic slowdown, it’s seeing increased manufacturing and new investments in roads, bridges and other projects. That creates more demand for electricity, most of which continues to come from coal even after huge Chinese investments in wind and solar power.

Despite the announced cancellation or suspension of 100 coal plants, others remain under construction, meaning consumption of coal for power will continue to rise, Zhou said. Indonesia, Malaysia, Vietnam and Pakistan also are building new plants.

In India, where 70 per cent of electricity comes from coal, production has long been increasing in defiance of global trends. The country has long argued it has both a right and an obligation to expand power generation as it extends electricity access to hundreds of millions of people who still have none. India also is seeking to reduce its reliance on imported coal by mining more of its own reserves.

In the U.S., the bulk of the increase occurred in major coal-producing states including Wyoming, Pennsylvania and West Virginia.

Prices for natural gas, a competing fuel in power generation, edged up in early 2017, helping coal, said Andy Roberts of the consulting firm Wood Mackenzie. That’s expected to be a temporary boost given the nation’s huge natural gas supplies. A cold winter in parts of the U.S. also benefited coal by increasing power demand.

World Coal Association Chief Executive Officer Benjamin Sporton acknowledged that it’s been “a difficult few years for coal” but argued that the market remains strong, particularly in China and India.

“All the signs point to (a) positive upward trend,” Sporton told the AP.

Trump’s advocacy for reviving the coal-mining industry stands as an exception among the three nations’ leaders. Yet the U.S. also is where coal’s rebound could be briefest.

Buckley, the energy finance specialist, said he expects the mining increases of 2017 to emerge as an anomaly and global declines will soon resume. But he noted that many existing coal plants will continue operating for years to come.