China to shutter factories, spend $2.7B to clean air in smog-choked Beijing

Beijing will shut or upgrade some 2,000 polluting plants, phase out 300,000 aging vehicles 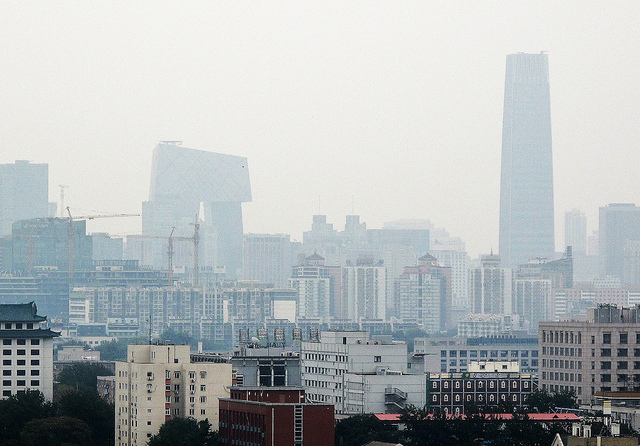 Recent troubles with the air quality in the Chinese capital have pushed Beijing’s smog problem to the top of policy agendas. PHOTO: Francisco Anzola, via Flickr

The official Xinhua News Agency said Jan. 19 that part of the money will be used to close or upgrade more than 2,000 polluting factories, replace the use of coal with clean energy on the outskirts of the city and phase out 300,000 high-polluting older vehicles.

Authorities are eager to bring about a visible improvement in China’s bad air, especially in the capital. Beijing has suffered some particularly bad bouts of hazardous air in the past few weeks, causing it to order some factories to temporarily close and schoolchildren to stay at home.

On Wednesday, a new environmental police squad tasked with rooting out illegal burning in the city was launched.