It is projected that for every degree of global warming, the world's yield of wheat will fall 6%, corn by 7.4%, and rice and soybeans both by a little more than 3% each 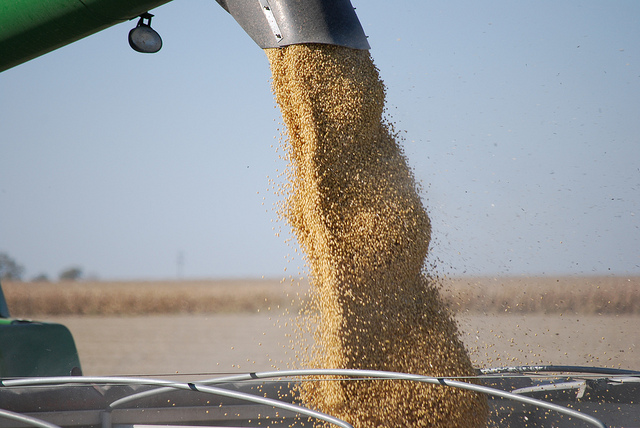 OTTAWA—Canada will not be spared the impact of food shortages and price shocks if global warming is not kept below 2 degrees Celsius, a new report on land use and climate change suggests.

The report, released Thursday by the United Nations Intergovernmental Panel on Climate Change, delivers stark warnings about the need for drastic changes to agricultural practices, human consumption habits and forestry management to prevent an escalation in the climate-change-related floods and forest fires that could lead to a global famine.

The Paris climate change agreement is straining to keep global warming below 2 C and as close to 1.5 C as possible, and Thursday’s report is the third in 10 months to lay bare the consequences if it fails. It also comes a week after the planet experienced its hottest month ever in July, following the warmest April, May and June on record.

At warming above 1.5 C, the report predicts periodic food shocks, significant and widespread melting of permafrost and an increase in the length of wildfire seasons.

Above 2 C, there will be sustained disruptions in food supplies all around the world, widespread increases in wildfire damage and detectable losses of soil and vegetation that can be attributed to climate change.

It is projected that for every degree of global warming, the world’s yield of wheat will fall 6%, corn by 7.4%, and rice and soybeans both by a little more than 3% each. Together those four crops account for two-thirds of the calories consumed by people, and with the population growing by 80 million people each year on average, the world needs to produce more food, not less.

Werner Kurz, a senior research scientist at Natural Resources Canada and one of two Canadians among 108 scientists who co-authored the report, said he doesn’t think most people understand the magnitude and pace of climate change, but he also said he believes reports like Thursday’s must be used to deliver potential solutions, not just nightmares.

“As scientists we need to be careful in sort of communicating doomsday scenarios because if we create a fearful world, then inaction will be the consequence,” he said. “People will be paralyzed and fearful.

“What instead this report is trying to do—and I hope is successful in achieving—is to, yes, lay out the consequences of inaction, but also then highlight the many opportunities we have for action and the co-benefits this has for livelihoods, for water.”

Kurz said to slow global warming, people need to burn fewer fossil fuels and improve how land is used, so that it not only contributes fewer greenhouse emissions, but also absorbs more of them.

The report suggests agriculture, forestry and other land use activities contributed almost one-quarter of the greenhouse gas emissions produced by human activity between 2007 and 2016.

It also means diversifying the kinds of trees being planted in forests rather than focusing entirely on coniferous trees, which burn differently than deciduous trees. Using more wood to build things like houses and buildings and replanting with more diverse species can help regenerate forests, which become bigger risks for fires when they are old, he said.

But Kurz, whose job for Natural Resources Canada is to track the contributions forests make to Canada’s emissions, said there is a vicious cycle in play where climate change has made more forests vulnerable to burning, but that burning is then contributing to more climate change.

Catherine Abreu, executive director of the Climate Action Network Canada, said the idea of diversifying forests is critical to improving their management.

“Canadians and Canadian governments tend to think of our forests as carbon sinks rather than sources of emissions, but we know that has been false now for a couple of years,” she said.

Kurz acknowledged that the changes needed likely won’t come easily for many people, but he said understanding the implications of not doing it should help.

“What we need to realize is that how we choose to live will have an impact on future climate.”