Can the federal government complete the Trans Mountain pipeline expansion and meet its emissions reduction goals under the Paris Agreement? 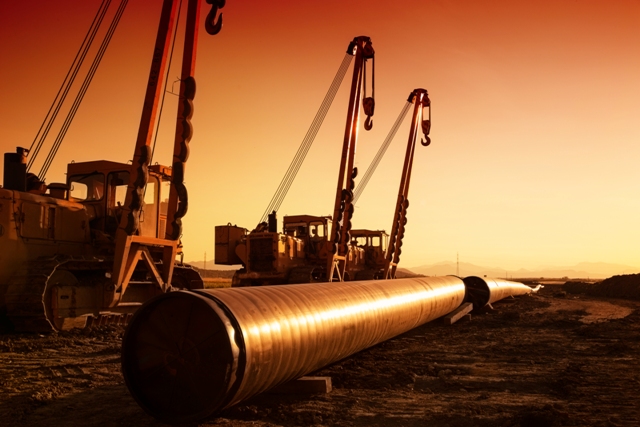 Proponents of pipelines argue that they are essential to our economic prosperity, but environmental concerns have been voiced loudly and often of late.

The environmental implications of pipeline development have already caused British Columbia and Alberta to feud, culminating in an outright trade war between the two provinces. Canadians are clearly divided on energy and climate politics.

The pipeline would increase current capacity by 590,000 barrels per day to deliver oil and gas to national and international markets. The government, as well as many Canadian businesses and citizens, have argued that this is critical for economic growth and the nation’s near-term prosperity.

On the flip side, these decisions have a significant impact on the ability of Canada to meet its greenhouse gas (GHG) emission targets and to move towards a “greener” economy.

The fundamental question that needs to be solved is: Can Canada move towards a green economy and meet the GHG reduction targets of the Paris agreement while simultaneously expanding the fossil fuel economy via public ownership of what was the Kinder Morgan pipeline?

What are the risks?

Prime Minister Justin Trudeau used concerns about safety and the climate to justify the approval of the Kinder Morgan expansion project. When he signed off on the project in 2016, he said “if these projects aren’t built, diluted bitumen would be forced into more rail tanker cars for transport.”

Pipelines are considered to be one of the greenest forms of cargo transport. GHG emission rates are lower by pipeline than by train, for example, and there’s a smaller risk of oil spills because there are fewer transfers.

Yet the environmental costs of a pipeline accident are considerably greater than they are for spills after a train derailment. Pipelines leak larger volumes of oil and it’s more difficult to respond to the spills in a timely manner, particularly for underground pipelines and remote areas.

Final approval of the Kinder Morgan project was based on Canada’s National Energy Board (NEB) conclusion that it “is not likely to cause significant adverse environmental effects.”

The NEB analysis focused on the potential regional and local-scale environmental impacts from the construction and operation of the pipeline. It did not include any systemic emission-based impacts resulting from oil production, oil consumption or shipping and transportation activities.

The NEB’s focus on immediate and local implications at the exclusion of national and global-scale emissions is reflective of a common but critical flaw of our seemingly universal outlook on environmental issues around the world. That is, there’s a tendency to fail to consider a full evaluation of potential impacts.

An assessment conducted by Environment and Climate Change Canada estimated that the added 590,000 barrels per day in pipeline capacity would result in an annual increase in GHGs equivalent to 13 to 15 megatons of CO2.

In order to meet the goal of limiting global warming to 2?—as per the Paris Agreement—an estimated 74 per cent of Canadian crude oil reserves must remain unexploited and advanced carbon capture and storage measures would still be required.

So how could Canada resolve the paradox between its Paris commitments and pipeline ownership?

As a start, all revenue that emerges from the pipeline should be put directly into an environmental fund. The fund would be used to support research and technology development as well as programs and infrastructure aimed at reducing the sources of GHGs and enhancing carbon sinks that store carbon dioxide.

In other words, the pipeline could fund emissions reduction strategies and initiatives that just might keep Canada on track with its Paris commitment.

Even if implemented effectively, using pipeline revenues to support GHG reduction strategies will not solve the country’s persistent ethical dilemmas or the mixed messages sent by the federal government on climate politics.

The challenges are complex. They range from human health impacts to socio-economic benefits. They include concerns over access to markets and job creation. But also the cultural and trust issues associated with the pipeline’s impacts on Indigenous lands and local communities, and promises made by the Government of Canada in response to the Truth and Reconciliation Commission.

There are no definite answers, but one thing is clear—the Paris-pipeline paradox is unlikely to be reconciled anytime soon.

Members of the College of the Royal Society of Canada’s Working Group on Healthy Environment & Society assisted in the writing of this piece.