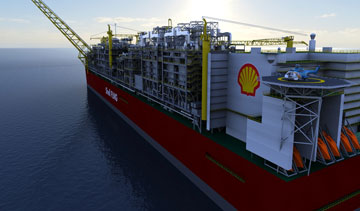 VANCOUVER — A new Conference Board of Canada Report estimates that the liquefied natural gas (LNG) industry in British Columbia could create 96,550 new jobs, boost total wages in Canada by over $6 billion, and increase Canada’s gross domestic product (GDP) by $11 billion every year.

“Canada’s LNG industry holds potential economic benefits for Canada,” said Roger Francis, director of sustainability at The Conference Board of Canada, in a prepared statement. “Under the scenario researched by the Conference Board of Canada, thousands of well-paying jobs could be created and billions of dollars in new revenue could be realized by governments across the country.”

The report, A Rising Tide: The Economic Impact of B.C.’s liquefied natural gas industry, examines potential economic impacts of growing Canada’s LNG industry to 56 million tonnes per annum by 2034 with the investment in infrastructure, additional LNG projects and the expansion of the $40 billion Phase 1 LNG Canada project in Kitimat, B.C.

The report analyzes the economic impact this investment would have across the country and the impact to the Canadian manufacturing, resource, tourism, finance, transportation, technology, arts and professional services sectors.

The report anticipates that LNG facilities will operate over an expected 40-year lifespan, providing economic growth, employment, taxes and royalty revenues to B.C., other western provinces, Ontario, Quebec and the federal government for decades to come.

“This report shows that by all of us working together — governments, industry, Indigenous nations, workers and communities — to responsibly build an LNG industry, we can provide a significant and much-needed economic boost to our country,” said Bryan Cox, president and CEO of the Canadian LNG Alliance, a prepared statement. “Importantly, Canada will make an outsized contribution to reducing global emissions and particulate matter, while investing in the critical infrastructure we need for our continued transition to a cleaner energy future.”