The GreenON rebate program, which funded incentives for renovators to buy qualified heat pumps, insulation, solar panels, thermostats and other energy-saving projects, has been closed 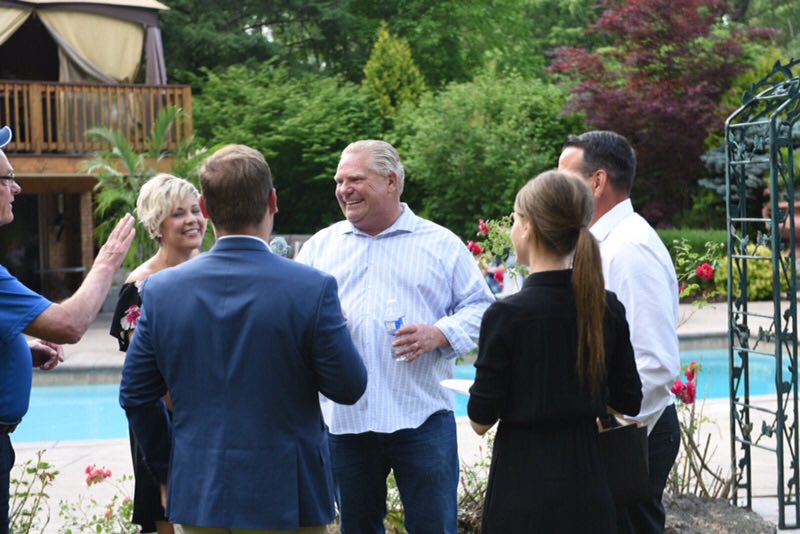 TORONTO—The cancellation of Ontario’s cap-and-trade system will leave billions of dollars in carbon credits in limbo and consumers on the hook for pricey home upgrades that were expected to be part of a rebate program.

Incoming premier Doug Ford has vowed to immediately dismantle cap-and-trade, but has offered few details on how the system will be wound down, and how or if participating companies will be reimbursed.

Jennifer Small, president of a national group that represents the Canadian window and door industry, said it wants an extension to a cancelled rebate program that has paid $500 per opening in which energy-efficient windows are installed.

The GreenON rebate program, which also funded incentives for renovators to buy qualified heat pumps, insulation, solar panels, thermostats and other energy-saving projects, has been closed. A government website originally said work had to be completed by Aug. 31 to receive rebate funds, but Ford later said his government would honour the rebates until the end of October.

“We were very surprised by the cancellation and a lot of members are very disappointed,” said Small, who is president of the Fenestration Canada trade association.

“Consumers are concerned that they’re not going to get their rebate.”

Under the Ontario Liberal government, which was defeated in the June 7 election, the rebates were funded by proceeds from auctions that collected nearly $2.9 billion from companies that bought tradable carbon emission allowances through six auctions in 2017 and 2018.

These companies face uncertainty, as California and Quebec have stopped accepting trades with Ontario-registered accounts as of June 15, and it’s not clear what happens to the previously-issued allowance contracts.

“It certainly has the potential to create a class of stranded assets,” lawyer Lisa DeMarco said in an interview.

She said the Ontario accounts could hold contracts worth between $2.6 billion and $3.8 billion, and may include emission allowances auctioned off by California and Quebec but no longer tradable because they’re in Ontario-registered accounts.

DeMarco, whose firm DeMarco Allan LLP specializes in climate laws, said there are a number of avenues available to the companies—including corporate suits to recover losses or even a challenge by foreign entities under the North American Free Trade Agreement—but “it really depends on what the government does next.”

She said the province might compensate the entities with compliance units in their Ontario-registered accounts, or negotiate a deal.

A number of participants in Ontario’s past carbon allowance auctions declined to comment on the change of policy until the Ford government provides more detail.

“We look forward to working with the Ontario government to help develop a framework that achieves what’s needed for the climate, provides regulatory and investment certainty, and considers the impact for people and businesses.”

A spokesman for Ontario’s Ministry of Environment and Climate Change said the incoming government’s intention is to “end cap-and-trade and provide clear rules for the orderly wind down of the program” but declined to comment further.

Premier-designate Ford has said his government will also join Saskatchewan in challenging the federal government’s power to impose a carbon tax on provinces.

At the federal level, Prime Minister Justin Trudeau and Environment Minister Catherine McKenna said that they want to work with the incoming Ontario government but will continue with their climate initiatives.

McKenna said in a conference call that she looked forward to speaking with her new provincial counterpart.

In the meantime, McKenna said, the federal Liberals will continue “to fight climate change with Ontarians, creating good jobs. . . and growing a clean economy because that’s what Ontarians expect and that’s what our kids and grandkids deserve.”

—with a file from Mia Rabson in Ottawa.