B.C. wildfires could soon take a bite out of provincial economy

A forest resource management expert says if timber and mining companies start losing buildings and mills to the fires, they may decide not to rebuild in the area 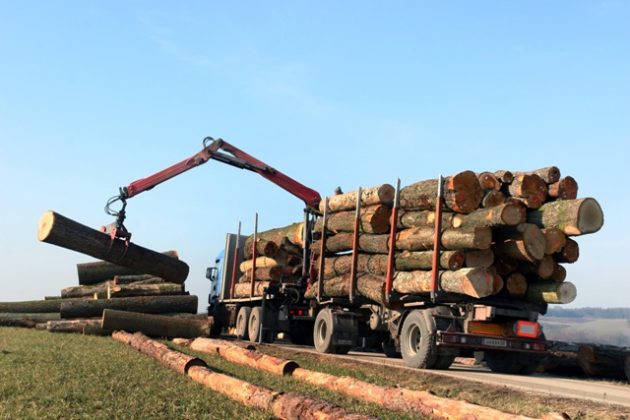 VANCOUVER—The wildfires ripping through British Columbia’s Interior are beginning to exact an economic toll, forcing companies in the forestry and mining sectors to scale back or suspend operations altogether.

“We saw a really, really bad fire issue in 2003 in the region, but nothing this widespread,” said Greg Munden, president of Munden Ventures Ltd. The log hauling and harvesting company shut down harvesting operations two weeks ago.

As of July 10, most areas ceased hauling operations as well, while some companies stopped work at their mills, he added.

West Fraser Timber Co. Ltd. closed its 100 Mile House, Williams Lake and Chasm, B.C., locations as of the afternoon of Sunday, July 9, according to a statement.

The company’s mills near active fires “have staff and resources that are being deployed to protect our facilities and the community,” the statement said.

Norbord Inc. says it has shut down its wood panel mill, also in 100 Mile House, and it’s assessing what impact the fires will have on its production schedule.

The company says all of the mill’s employees safely left the area, with no reported injuries, and the site was secure at the time of the evacuation.

Tolko Industries Ltd. said on its Facebook page that its two Williams Lake locations, the Lakeview and Soda Creek mills, would not open Monday and managers would meet daily to determine whether to open going forward.

Meanwhile, in the mining industry, Imperial Metals Corp. said it significantly reduced operations at the Mount Polley open pit copper and gold mine in the Williams Lake area.

Imperial Metals says many of the roads used to access the site have been closed and if critical supplies such as fuel are no longer available, the mine may suspend operations altogether.

Currently, neither the local communities nor the province can expect to feel a significant economic impact, said Harry Nelson, an assistant professor at the University of British Columbia.

A company like West Fraser, for example, can ramp up production at its other locations to mitigate losses from the closed site, said Nelson, who teaches in the department of forest resource management.

If the fires continue to grow, however, it can get more difficult to make up lost production, he said.

“I think we’re still aways from that, hopefully.”

If companies start losing buildings, like mills, to the fires, Nelson said, local communities could feel the brunt of the fallout if a producer chooses not to rebuild in the area.

Nelson pointed to a Tolko Industries sawmill in Louis Creek, B.C., that was destroyed in a 2003 fire. The company chose not to rebuild, citing economic forces at play at the time.

The fire appears to be within a couple kilometres of the Norbord mill, wrote Paul C. Quinn, an RBC Dominion Securities Inc. analyst, in a note. He added it’s assumed business interruption and commercial insurance would cover potential losses, which could include roughly $140 million to $145 million to replace the mill.

In 2003, wildfires in the province cost the B.C. economy $1.3 billion in direct fire suppression costs and indirect economic losses, according to a paper by the provincial Ministry of Forests, Lands and Natural Resource Operations.