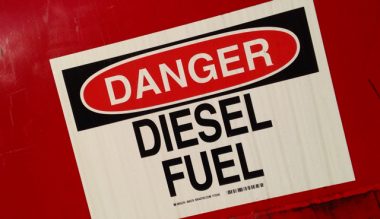 Diesel generators are common in remote communities across the country, but all levels of government have begun working on alternatives

The province announced the new investments April 5, saying that the majority of the funds will go toward a 350-kilowatt run-of-river hydro facility on the island’s central coast.

“This renewed commitment to target remote communities and reduce their reliance on diesel generators will not only reduce greenhouse-gas emissions, it makes the communities more self-reliant,” John Rustad, B.C.’s minister of Aboriginal Relations and Reconciliation, said in a statement.

The new hydro project will be built on the Nicknaqueet River on Wuikinuxv Nation territory. It’s expected to generate about 92 per cent of the power currently produced by the First Nation’s diesel generators, eliminating fuel costs as well as slashing emissions. B.C. will provide $400,000 in total funding for the project.

Meanwhile, it will also invest $160,000 in other clean energy projects and research on Vancouver Island.

The Tlowitsis Nation will receive $75,000 to purchase equity shares in the Newcastle Creek hydro project, while the Tlatlasikwala First Nation will get $47,220 to conduct a solar-panel feasibility study aimed at replacing its two diesel generators in Bull Harbour, B.C. The Quatsino First Nation and Kwikwasut’inuxw Haxwa’mis First Nation will each receive smaller contributions to support environmental impact studies and community engagement initiatives.

Along with B.C., other provincial governments, such as Ontario, have also been working to replace diesel generation in remote communities. The federal government also earmarked hundreds of millions of dollars for addressing the high-emissions generators in Budget 2017.