Alberta could pay $10 million for blocking B.C. wine—a drop in the bucket compared to the billions in investment for the Trans Mountain pipeline, the province says 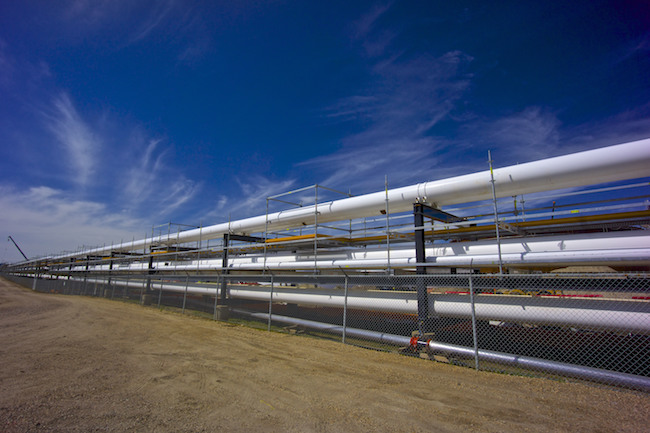 EDMONTON—The full costs of the action can be charged to the losing province and if the province doesn’t fix the problem within the time set out by the panel, it can be fined up to $10 million.

Alberta’s economic development minister is shrugging off a legal challenge filed by British Columbia over Alberta’s ban on B.C. wine.

Deron Bilous says the potential fine Alberta faces for violating free trade rules is a pittance when set against the stakes of the Trans Mountain pipeline issue.

“Let’s compare the (maximum) $5 million in a fine versus the billions of dollars of investment and the thousands of jobs,” Bilous told reporters at the legislature Tuesday.

“We know what our priority is, and that’s getting this pipeline built.”

The actual maximum fine is $10 million.

B.C. upped the ante Monday in its cross-boundary trade dispute with Alberta, by invoking the dispute settlement process over the wine ban under Canada’s free-trade agreement.

Under the agreement, the two sides have four months to resolve the dispute before an arbitration panel kicks in.

Bilous said Alberta won’t even come to the table unless B.C. reverses its decision to refuse additional oil from Alberta while it studies spill safety.

“B.C. has really one option, and that is for them to smarten up (and) realize that what they’re doing is unconstitutional,” said Bilous.

“A province cannot dictate what goes in a pipeline. That is a federal jurisdiction.

“They need to acknowledge that, recognize it and ensure that this pipeline moves forward.”

The dispute began three weeks ago, when B.C. Premier John Horgan’s government announced it would not take additional levels of crude from Alberta until it could be sure there are measures in place to handle spill safety.

Horgan’s government has been fighting the expansion of the Trans Mountain pipeline—which got the green light from the federal government in late 2016—and Notley’s government views the move as a back door way to kill the project by strangling its financial viability.

Notley and Bilous have said the Trans Mountain expansion is critical because Alberta’s crude oil sells at a sharp discount on the North American market due to pipeline bottlenecks and to a lack of access to a better price on overseas markets.

“The cost to the Canadian economy is significant,” said Bilous.

“We have one buyer, which is the U.S., (and) the differential is somewhere around $30 (US a barrel). We’ve lost out on billions of dollars.”

The Trans Mountain expansion would triple the amount of oil shipped from Alberta to a terminal in Burnaby.

The $7.4-billion Kinder Morgan Canada project has faced delays despite the federal approval.

In December, the National Energy Board stepped in to announce it would allow Kinder Morgan to bypass permit delays in Burnaby. Over the weekend, Horgan’s government announced it will challenge that decision in the Federal Court.

Along with the wine ban, Notley has also retaliated by scuttling talks to buy $500 million worth of electricity from B.C. She has also struck a 19-member task force of politicians, academics, finance and business leaders to find other ways to put pressure on B.C.

Prime Minister Justin Trudeau’s government has made it clear the project will go ahead and that Ottawa has the final say on pipelines. Federal officials have been meeting with their B.C. counterparts and Notley has promised further retaliatory measures this week if there is no progress on resolving the impasse.