Alberta, B.C. caribou lose twice as much habitat from fire and industry as they gain 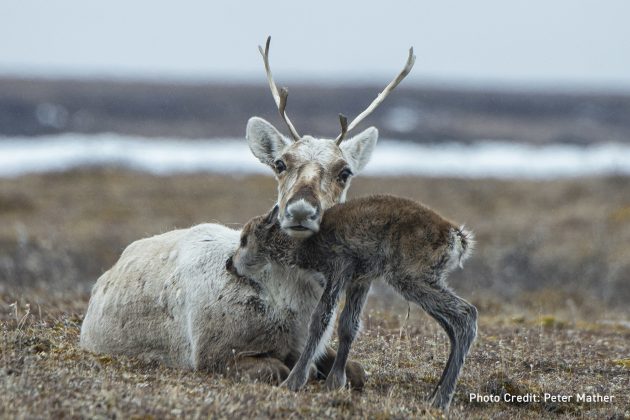 Threatened caribou herds in Alberta and British Columbia have lost twice as much habitat as they’ve gained over the last twenty years and the pace of loss is picking up, new research says.

It concludes caribou protection measures such as shooting wolves that prey on them or penning pregnant cows for their protection won’t be enough to save the species.

“Short-term recovery actions such as predator reductions and translocations will likely just delay caribou extinction,” says the paper, published in the journal of the Society for Conservation Biology.

“It is clear that unless the cumulative impacts of land uses are effectively addressed through planning and management…we will fail to achieve self?sustaining woodland caribou populations.”

Co-author Robert Serrouya of the Alberta Biodiversity Monitoring Institute said he and his colleagues used years of satellite data to determine how the forest on caribou habitat in B.C. and Alberta changed between 2000 and 2018.

Over that time, they found the two provinces had a net loss of at least 33,000 square kilometres of the old-growth forest that caribou need. That’s about five times the size of Banff National Park.

The rate of habitat loss nearly doubled between the first and second decade of the study.

Forest regrowth and remediation of disturbances like cutlines aren’t happening fast enough. The study found only about 5% of the region’s 750,000 kilometres of roads and seismic lines had regenerated.

“The rate of spread of linear features is increasing,” Serrouya said. “The rate of expansion of seismic lines is outpacing the rate of regeneration.”

More than two-thirds of that loss was from wildfire. Forestry and energy development account for most of the rest.

Most wildfires are human-caused, said Serrouya.

“As people spread into the backcountry, as there’s more and more roads, just by the law of averages you’re going to have more forest fires.”

Caribou are considered one of the toughest conservation issues in North America. Both provincial and federal governments have promised to work for their recovery, with mixed results.

A deal signed between Ottawa and Alberta last fall committed the governments to bring in range plans over the next five years but didn’t protect habitat in the interim. The animals have been listed under the Species At Risk Act for years, but numbers have continued to fall.

Meanwhile, Alberta has said it hopes to increase its annual forest harvest by 33%.

Some herds, protected by large-scale wolf culls and maternity penning, have made modest gains. But Serrouya said those aren’t long-term answers.

“Those increases are short-term and won’t be sustained unless the habitat is turned around.”

Serrouya said attitudes toward conservation and economic growth have to change.

“We have to get away from the conversation of caribou versus jobs.”

He said more money could be spent on restoring forests that have been affected by industry or wildfire, much like the federal program now paying oilfield workers to reclaim old wells.

“There’s a tremendous amount of work to be done to restore linear features,” Serrouya said. “Many people could be employed and still involved with the resource economy, but it becomes a restoration economy.”