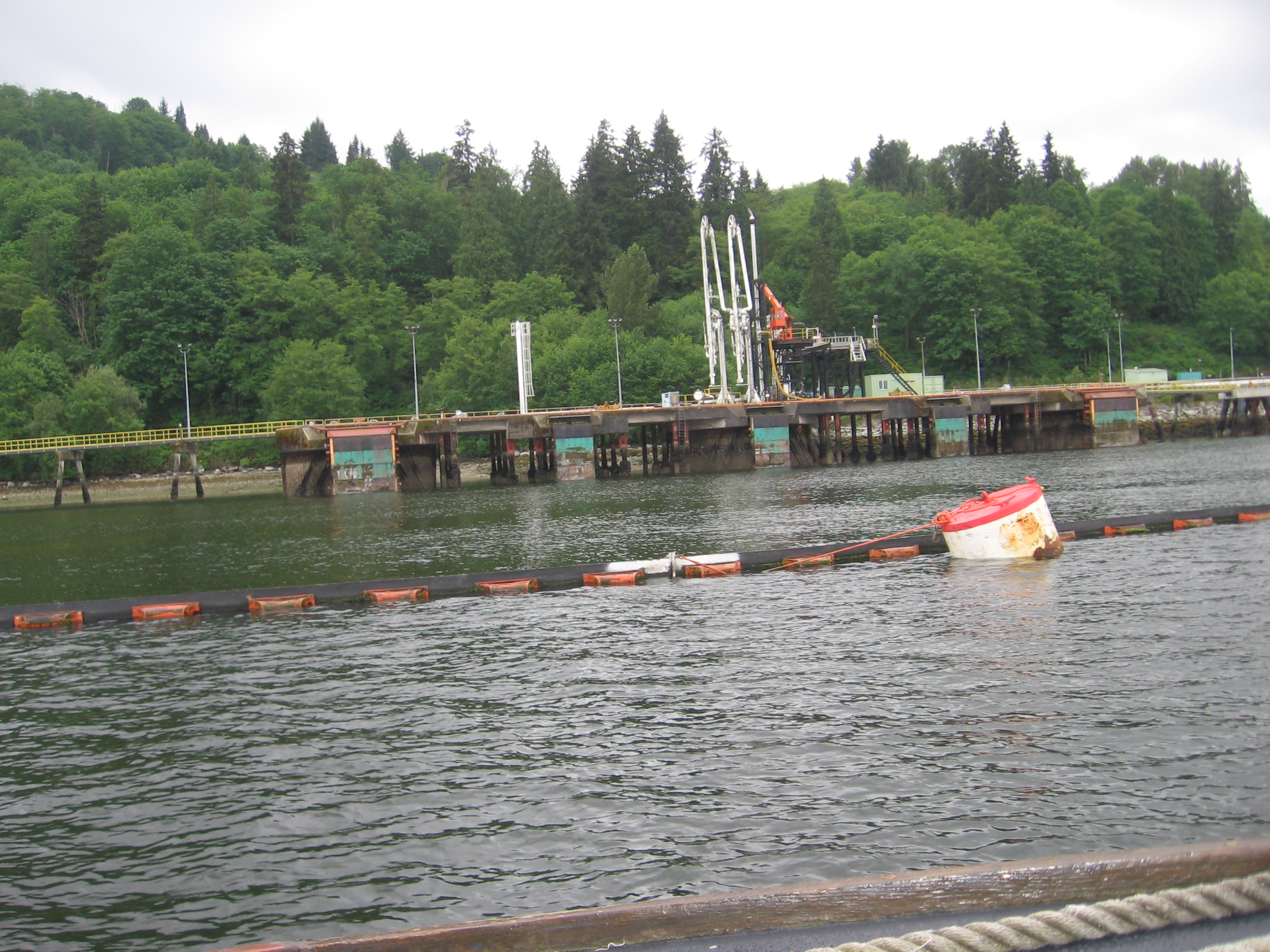 PHOTO: A portion of the Westridge Marine Terminal in Burnaby, which is owned by Kinder-Morgan/Niall Williams via Flickr

BURNABY, B.C. – A 71-year-old grandfather says he is perched 30 metres up a tree overlooking Metro Vancouver’s Burrard Inlet as he begins a mid-air demonstration against the Trans Mountain pipeline expansion.

Speaking from a hammock strung from the branches, Terry Christenson said he selected the tree because it is inside the boundary of the Westridge Marine Terminal in Burnaby, B.C., the facility where oilsands crude arrives by pipeline and is shipped overseas.

Christenson, who describes himself as a professional climber, staged a similar protest and was arrested last year at the height of rallies against plans to triple the capacity of the pipeline and dramatically increase the amount of bitumen being shipped through British Columbia waters.

“I’m compounding the criminal contempt, if you will,” said Christenson of his latest demonstration.

“As of April 15, I was supposed to pay the $2,000 fine and, of course, I haven’t and instead I am doing this. I think that I am much more afraid of climate change than I am of spending any time in jail at this point.”

The corporation did not immediately respond to a request for comment.

Sven Biggs, spokesman for environmental group Stand.earth, said Christenson had enough supplies to remain in his perch for a week.

The protest could be the start of many more, Biggs predicted.

“It’s a message to (Prime Minister) Justin Trudeau and his cabinet who are right now considering whether or not to re-approve the pipeline. If they do that, I think they are going to see a lot more actions like this,” he said.

The federal government purchased the pipeline from Kinder Morgan Canada for $4.5-billion last year in order to ensure the expansion would proceed.

“We need to change,” said Christenson of the Canadian emphasis on petroleum products at the expense of wind, solar or other types of energy.

But he also said he did not want to put anyone at risk if RCMP determine he must descend.

“I could resist arrest, it all depends on whether or not they are in harms way,” he said.

“I will have a decision to make at some point. I don’t want to endanger them, but I would like to stay for at least a couple of nights.”

Stand.earth has said about 230 people were arrested, and some served prison terms, for violating an injunction last year against protests at the marine terminal and other nearby infrastructure linked to the Trans Mountain pipeline.

– By Beth Leighton in Vancouver