Ford says he's been too busy governing to campaign on behalf of Conservative Leader Andrew Scheer. He also extended the provincial legislature recess until after the Oct. 21 vote 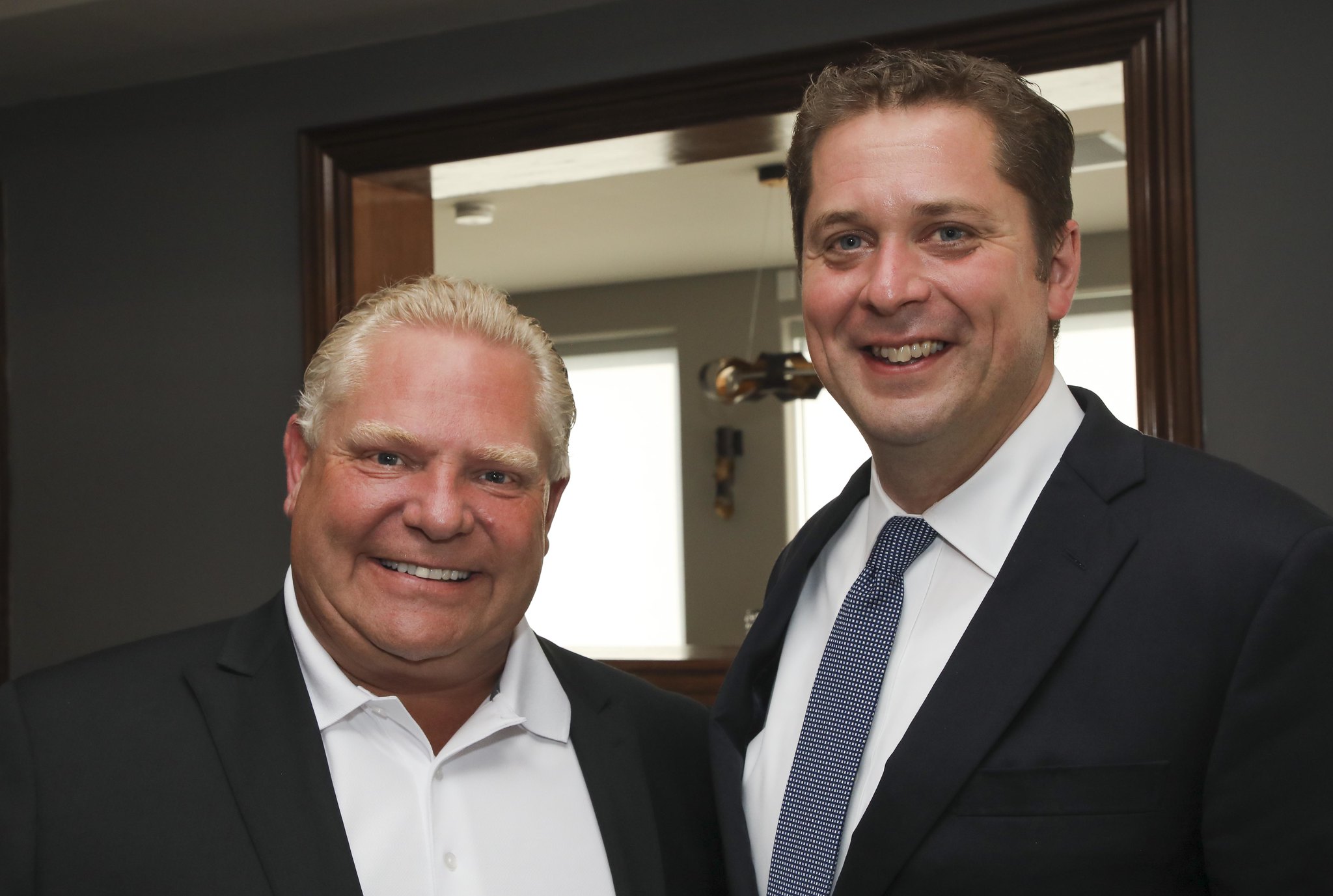 KENORA, Ont. – Ontario Premier Doug Ford says he won’t be drawn into the federal election despite being the subject of frequent attacks from Liberal leader Justin Trudeau.

Ford made the comments during only his second media availability since the campaign began in September.

Ford says he’s been too busy governing to campaign on behalf of Conservative Leader Andrew Scheer, who has rarely mentioned the Premier’s name during his own events.

Ford’s comments came in Kenora, Ont. where he made a local infrastructure announcement on Wednesday evening.

The provincial legislature was initially meant to return from its summer break early last month, but Ford extended the recess until after the Oct. 21 vote.

His name has nonetheless come up frequently throughout the campaign, with Trudeau trying to paint Ford and Scheer as cut from the same cloth.

“I know you want to see me scrap it out with the feds,” Ford told reporters. “I’m just not going to do it.”

Ford, whose Progressive Conservatives won a majority last year, has seen his popularity plummet since then.

Trudeau, seizing on those sinking figures, has repeatedly invoked Ford’s name and policy decisions when predicting the outcome of a Conservative election win.

Ford declined to respond to Trudeau’s specific attacks, making a quip instead about the notoriously antagonistic relationship between the two leaders. Ford’s government has launched several attacks against Trudeau and taken the federal government to court over its national carbon tax plan.

“I think the guy loves me or something, because he constantly mentions my name,” Ford said of Trudeau. “But that’s politics.”

For his part, Scheer has not appeared with Ford – or mentioned the premier’s name – during the campaign. He has said that he is ready to run against Trudeau, but the Liberal leader is desperate to run against anyone other than him.