Wilson-Raybould's book, "From Where I Stand," is a collection of speeches she delivered over the past decade 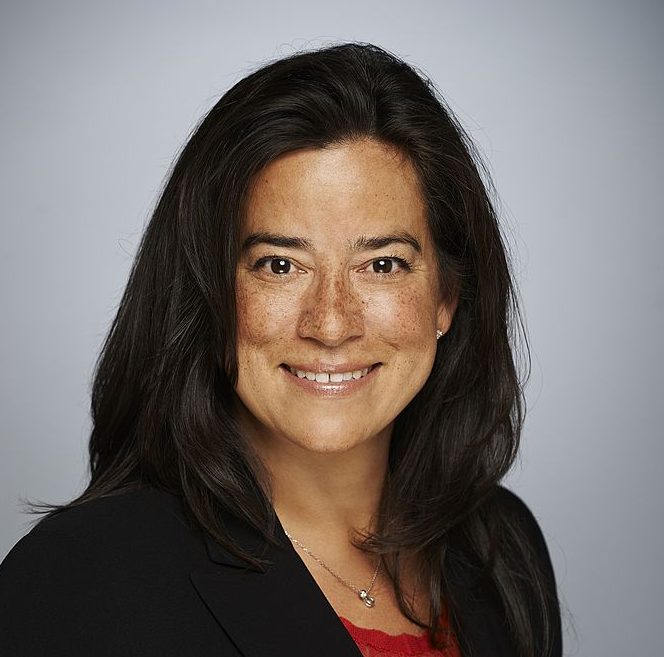 OTTAWA – The Liberal government lost an opportunity to bring meaningful change for Indigenous Peoples over the past four years, Jody Wilson-Raybould argues in her new book, published against the backdrop of the federal election campaign.

“Yes. Progress was made on Indigenous issues. But we still cannot say with confidence that the ship’s course has been shifted sufficiently to turn it in a new direction – away from denial and towards recognition,” the ex-Liberal cabinet minister wrote in the introduction to From Where I Stand.

“With courage and transformative leadership and action, more could have been done,” she wrote.

The book is not a tell-all memoir of her time in cabinet or how it came to an end over the way Justin Trudeau and his top advisers in the Liberal government handled the SNC-Lavalin controversy – a major scandal that eventually led to her being ousted from the Liberal caucus.

Last month, the federal ethics watchdog ruled Trudeau violated the Conflict of Interest Act by improperly pressuring the former attorney general to end the criminal prosecution of the Montreal engineering firm on corruption charges related to its bid to gain government business in Libya.

The scandal has followed the Liberals onto the campaign trail, as the Globe and Mail published a story on the eve of the Sept. 11 election call that said the RCMP was looking into potential obstruction of justice in the SNC-Lavalin affair.

Wilson-Raybould told the newspaper she was interviewed last week by the federal police force and that she was urging the government to expand the waiver of cabinet confidentiality so she and other witnesses could provide more information.

The book, which mentions SNC-Lavalin by name only once, is not nearly so explosive.

Rather, it is a collection of speeches Wilson-Raybould has delivered over the past decade, beginning with her time as regional chief of the British Columbia Assembly of First Nations, about Indigenous rights, self-governance and reconciliation.

Still, Wilson-Raybould, who is now seeking re-election as an independent in the riding of Vancouver Granville, makes it clear she was disappointed with how the Liberal government handled those files, especially after having created such high expectations for change.

“My fear, and disappointment, is that despite sounding the alarm, providing advice, pushing and challenging, sharing perspectives of lived Indigenous experience, providing a lens into the reality of being Indigenous, the federal government has fallen back, once again, into a pattern of trying to ‘manage the problem’ with Indigenous Peoples and make incremental and limited shifts, rather than transforming the status quo,” Wilson-Raybould said in a chapter adapted from a speech she delivered in April.

Some of the frustration stems from how the Liberal government was handling its promised new legislative framework that was meant to pave the way towards Indigenous Peoples in Canada having stronger rights and greater control over their own destinies.

It became a source of tension between Wilson-Raybould, who had long pushed for First Nations to be able to emerge out from under the Indian Act, and Carolyn Bennett, the minister for Crown-Indigenous relations, as well as other cabinet ministers.

She also expressed her frustration at how mainstream politics treats women, especially Indigenous women, noting how she had not really considered herself a feminist until she came to Ottawa – especially after she felt compelled to resign from cabinet and was forced out of caucus.

“This experience made me see more clearly than ever that Ottawa, politics, and its modes of functioning maintain norms and patterns that are not always compatible with my culture, my world view or my gender,” she wrote in the introduction, which many will read as an implicit criticism of Trudeau, who has made feminism so central to his identity as prime minister.

“For sure, society has changed, and politics have changed. And we can be proud as Canadians because of this. But Canadian society still has not changed nearly enough.”

Wilson-Raybould won the riding of Vancouver Granville as a star Liberal candidate in 2015 with 44 per cent of the vote.

This time, she is up against Liberal candidate Taleeb Noormohamed, a tech entrepreneur, NDP candidate Yvonne Hanson, a climate activist, and Conservative Zach Segal, a former political staffer in Ottawa. The Green candidate is Louise Boutin, a realtor.