Ontario investing $173.4M in stretch of Highway 69 south of Sudbury 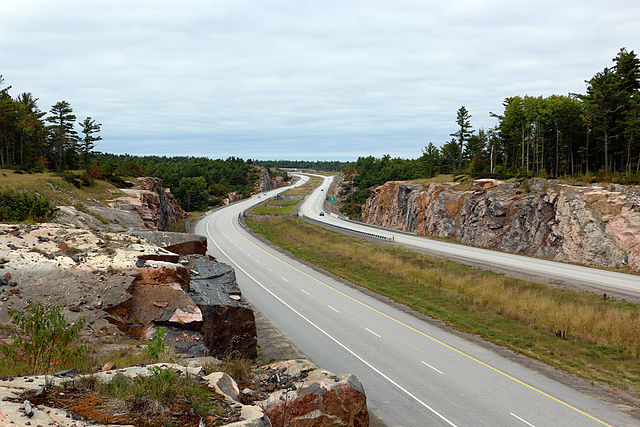 Ontario has been working to widen Highway 69 between Sudbury and Parry Sound to promote economic growth in Northeastern Ontario. PHOTO: Sonysnob, via Wikimedia Commons

TORONTO—The province of Ontario has announced plans to sink $173.4 million into expanding a 14-kilometre stretch of Highway 69 between Sudbury and Parry Sound.

“This latest project brings us closer to the ambitious goal of four-laning the entire length of highway between Sudbury and Parry Sound, with all of the associated benefits in terms of increased safety and commerce,” Glenn Thibeault, MPP for Sudbury, said.

The government says the work, which was awarded to J & P Leveque Bros Haulage Ltd., will include constructing two new interchanges as well as 10 new bridges.

Including this latest project, Ontario has spent more than three-quarters of a billion dollars on expanding Highway 69 since 2003. The province says the roadwork will grow Northern Ontario’s economy while making travel safer.

The roadwork is expected to be completed in 2020.