Forging a path for biogas 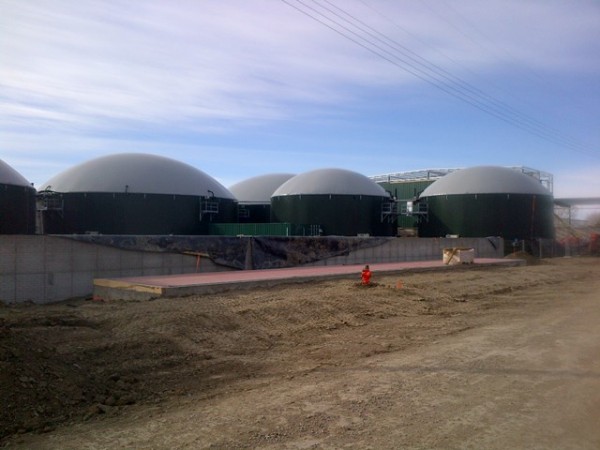 LETHBRIDGE, Alta.—There was a time not long ago when Stefan Michalski knew regulators were happy to see him leave their office. As much as they supported the concept of biogas and green energy, it was more of a technology left to the Germanys of the world, from where Michalski hails, not the wilds of Alberta.

But now, more Stefan Michalskis are coming out of the woodwork, looking for answers from Canadian regulators, particularly in Alberta, where the feedstock-laden landscape is an anaerobic digester’s dream.

Still, the question remains whether provincial officials will eventually craft legislation that deals directly with the burgeoning technology of biogas, or continue what Michalski calls a “one-off” approach—a kind of regulatory patchwork that pulls heavily from the traditional oil and gas sector, one that in some ways operates completely antithetical to the greener principles of a company like Lethbridge Biogas LP, Michalski’s decade-long adventure into the somewhat unchartered waters of Canadian renewable energy.

“Now [regulators] are seeing new people in the door,” says Michalski, project manager at the Lethbridge facility. “Do they just do another one-off? The new guy says, ‘Stefan got a one-off, do I get one too?’”

No Rule Book
The Michalskis of the world aren’t just looking to regulators for answers, but to Michalski himself. His phone is ringing off the hook with green trailblazers looking for the secret to navigating the cleantech world. But at this point in time, the only secrets appear to be patience and money, rather particularly in that order.

“For what you do, there’s no rule book,” says Michalski, who spent some 15 years in Berlin working with biogas facilities, which are typically small and plentiful, in stark contrast to the mammoth $30-million Lethbridge facility, the biggest in Canada. “It’s new, and hasn’t been done. It starts with a lot of question marks, as regulatory agencies have not dealt with this.”

A run-of-the-mill German biogas facility has a generating capacity of just 500 kilowatts, while the Lethbridge facility, which has the technological capability to be run through an iPhone, has a capacity of 2.85 megawatts … and counting, as the tiny six-person Lethbridge team (three of which are truck drivers) has plans to double that capacity.

As part of ECB Enviro North America Inc., Michalski’s first several years in Alberta were essentially spent educating. To name a few students, consider Alberta Environment, the Natural Resources Conservation Board, Alberta Agriculture and Rural Development, and municipal-level officials. He would make appointments with these officials, trying to explain how the biogas technology works — that the facility would work with more than a dozen vendors to obtain and process some 100,000 tonnes of manure, and all kinds of organics, into heat and electricity each year.

“Salad, cheese, everything that’s run out of its best before date,” says Michalski. “As a society, we throw this stuff away, and that’s the stuff we use to make green energy.”

That processing versatility is made possible through the facility’s high-pressure thermal hydrolosis, essentially a boiling and decompression process.

Had all that manure not been used in the Lethbridge facility, which began operating in December 2013, it would be breaking down in farm lagoons, polluting the atmosphere with carbon dioxide. Instead, over the next decade, waste-to-energy facilities like Lethbridge will prevent carbon tonnages into the hundreds of thousands from ever entering the atmosphere. 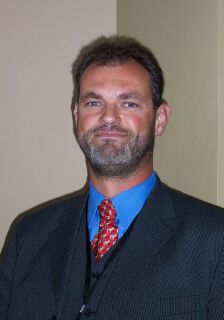 Plans Take Flight
Eventually, Michalski knew he’d have to buy some plane tickets if regulatory officials were going to truly understand exactly what he was taking about. So, three trips were made to Germany between 2005 and 2007 to see biogas facilities in action. Michalski says the hands-on tour approach proved convincing. Talks progressed.

Regulatory Conundrum
It became clear to Michalski, however, that without a customized template for biogas, regulatory officials were going to lean on standards created within the traditional oil and gas sector framework. The project wasn’t really going to be viewed for what it was—agricultural—but instead be given a regulatory foundation more suited to, say, an industrial diesel fuel plant.

“Everybody regulating is more of a problem than no one,” says Jeff Bell, industry development officer with Alberta Agriculture and Rural Development. “There could be some clarity for who’s responsible for biogas.”

Bell says that since government funding for renewable energy took off in 2006, policy has had a hard time keeping up. While it’s been tough to get the policy “right”, he says, all that has emerged is a microgeneration regulation and policy to protect against prion diseases, more commonly known as mad cow.

“Since then, there hasn’t been a concerted reinvestment on the policy side,” adds Bell. “It’s a very frustrating process for biogas developers. They’re very determined people, which I admire.”

Had Michalski ventured into a smaller enterprise, like most digesters in Alberta—using on-farm manure and not selling electricity to the grid—life would have been much simpler. Such facilities are typically developed by municipalities or to support large farming operations. It was Michalski’s commercial vision that began to raise questions that hadn’t really been asked before — the idea of making money from anaerobic digestion.

“These projects are rooted in agriculture, and that area has very little regulation around it,” says Michalski, who now calls Alberta home.

The primary difference between the European political landscape and the Canadian one is that Michalski sees the Europeans as having made organics diversion a priority. Some European countries have even introduced landfills bans for organics, something that Metro Vancouver is hoping to have in place by 2015.

Currently, Michalski is in competition with the local landfill. Residents and business can bring organics to the landfill and leave them for a tipping fee, which is already quite low, or pay even less to a company like Lethbridge Biogas LP, which will turn the waste into energy. The competition has created an ongoing conundrum for Michalski.

“[Officials] don’t want [organics] in a landfill, but they don’t incent not to put it in the landfill,” he says, though Michalski takes some solace in the fact that at least two local stores have started using the Lethbridge facility for dedicated organics disposal.

After the Lethbridge facility uses its feedstock to power itself, the other 90 per cent of the electricity gets sold to the public grid at about six cents per kilowatt hour, which is rather low compared to many other jurisdictions.

However, many of those areas don’t have such a strategic location in terms of access to feedstock.

Feel the Heat
The heat produced from the process, meanwhile, is used specifically for the high-tech in-house equipment from PlanET Biogas Solutions, but as the project team learns to better capture that heat, it will open up other innovative uses, perhaps along the lines of European-esque district heating systems.

The biogas facility’s engines are just 20-cyclinder, but operate 24-7 to run three digesters. “You can’t stop biology,” reminds Michalski. To operate properly, the engines work in an oxygen-free environment climate controlled to a clammy 38°C. There’s next to no odour, and some of the leftover material can be used as fertilizer.

After Michalski was able to get regulators on-board with the Lethbridge project, it was time to look for investors—a difficult feat in a province so focused on the future of pipelines and oilsands. But money began to flow—not privately, at first, but publicly. A $6.4-million grant from Alberta Energy materialized, plus a $5-million loan from Alberta’s Agriculture Financial Services Corporation, and finally, an $8.2-million grant from Alberta’s Climate Change and Emissions Management Corporation (CCEMC).

With all the interest in the Lethbridge project, private investors emerged. But not ones “trying to make $100 out of $5,” as Michalski puts it, but rather green-minded investors who believed in the philosophy of sustainability that drives the three-acre, 10,000 square-metre green energy juggernaut.