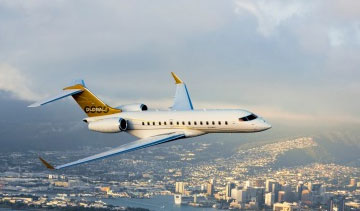 MONTREAL—Bombardier’s Business Aircraft division has secured an order for four of its ultra-long range Global 6000 aircraft.

California-based Zetta Jet will purchase the four planes, basing them at the company’s Asian hub in Singapore. The deal will be valued at approximately $318 million if all options are exercised, and adds to the airline’s fleet of Bombardier aircraft, which already includes four Global-series planes.

“We’re thrilled that Zetta Jet has chosen the Global 6000 aircraft to expand its growing fleet of business jets,” Peter Likoray, senior vice-president of sales at the Montreal-based company’s Business Aircraft division, said. “With its exceptional long-range performance and superior reliability, the Global 6000 aircraft is perfectly suited to meet the needs of the world’s most discerning travellers.”