The company plans to upgrade equipment at its 400,000 sq. ft. Kitchener, Ont. plant as well as bring on 25 new workers 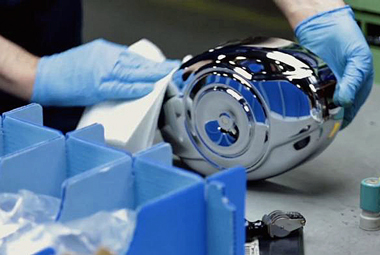 The company supplies polished and plated parts to a number of big-name automakers. PHOTO: KEI/YouTube

KITCHENER, Ont.—An Ontario manufacturer that supplies Ford, General Motors, Harley-Davidson and a number of other major automakers with polished and plated parts is scaling up its operations in Kitchener, Ont.

The company employs more than 400 workers at its approximately 400,000 sq. ft. facility in Kitchener. The new project is expected to create an additional 25 jobs at the site.

The Ontario government has agreed to commit just over $1 million to the expansion, while the company will contribute nearly $9.8 million. The new equipment is expected to increase the site’s productivity and help Kuntz grow its business.

The project is expected to be complete by August 2020.